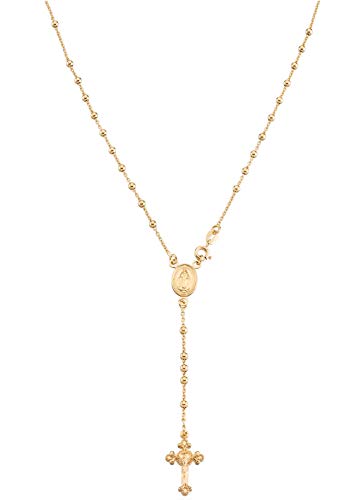 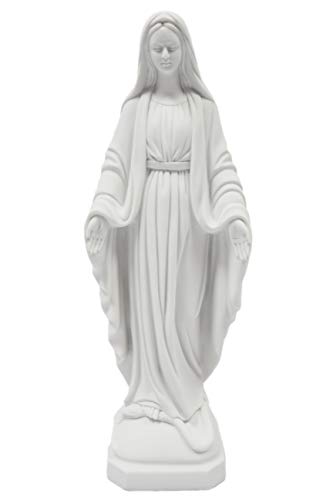 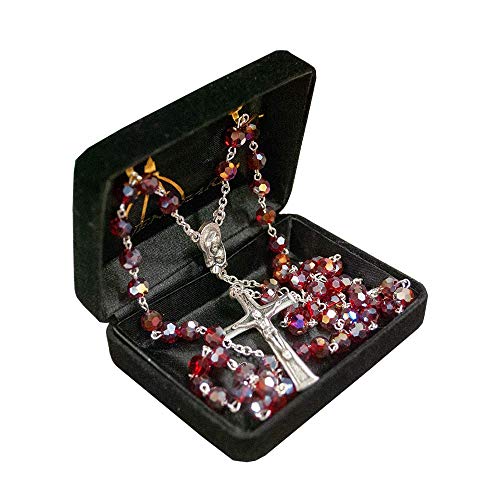 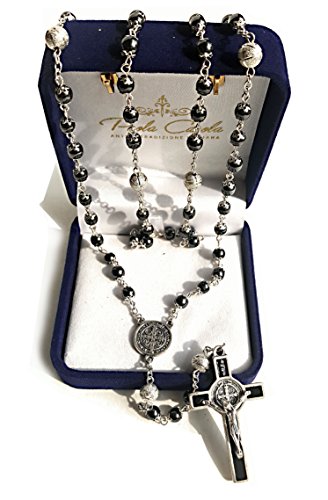 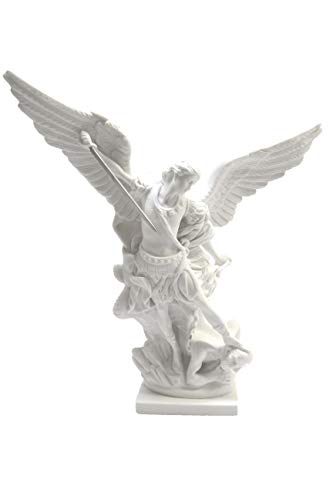 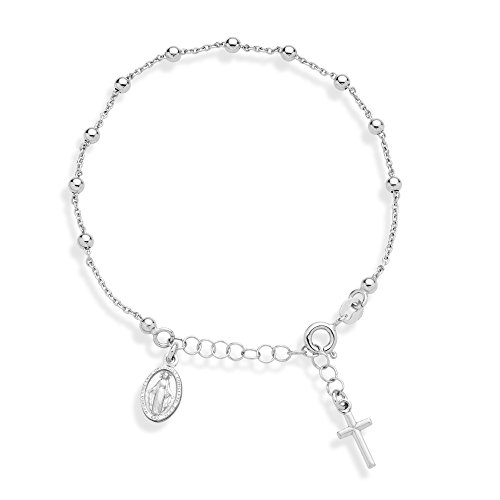 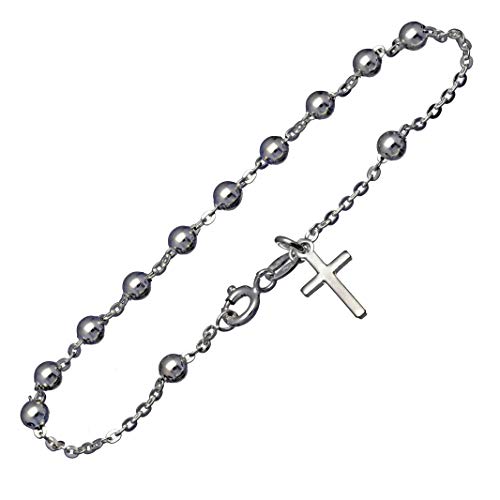 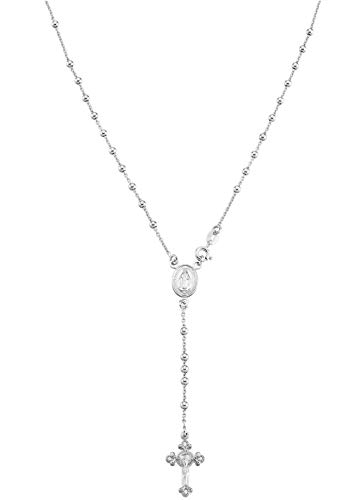 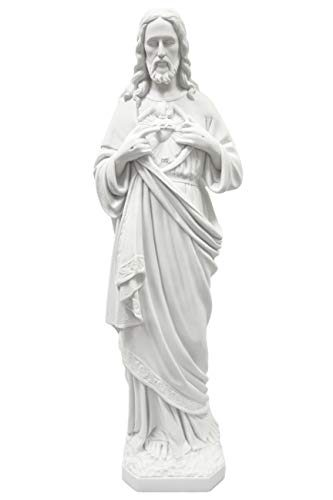 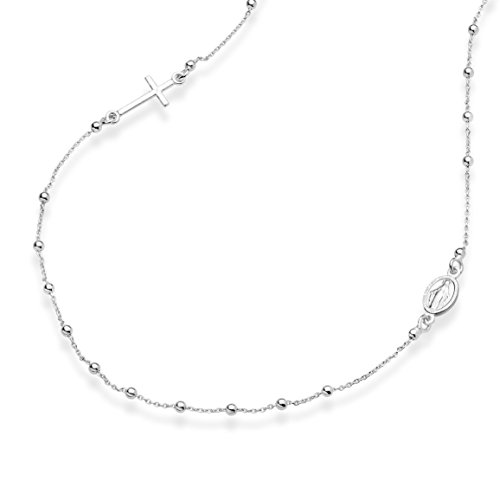 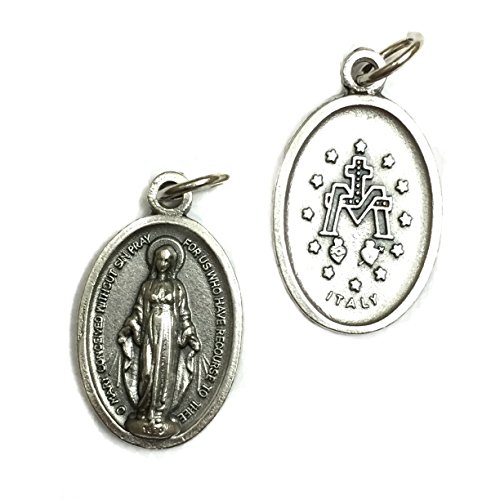 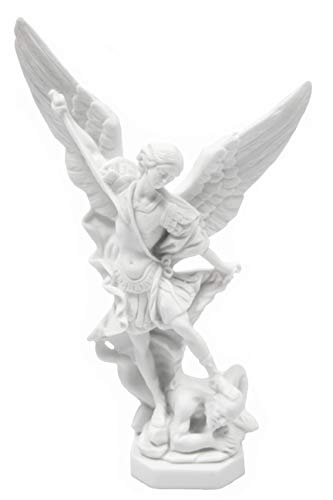 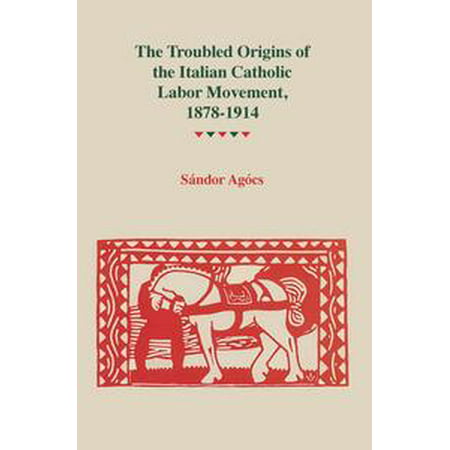 The Troubled Origins of the Italian Catholic Labor Movement, 1878–1914 - eBookCategory: Catholic ItalianIn his book, Sándor Agócs explores the conflicts that accompanied the emergence of the Italian Catholic labor movement. He examines the ideologies that were at work and details the organizational forms they inspired. During the formative years of the Italian labor movement, Neo-Thomism became the official ideology of the church. Church leadership drew upon the central Thomistic principal of caritas, Christian love, in its response to the social climate in Italy, which had become increasingly charged with class consciousness and conflict. Aquinas’s principles ruled out class struggle as contrary to the spirit of Christianity and called for a symbiotic relationship among the various social strata. Neo-Thomistic philosophy also emphasized the social functions of property, a principle that demanded the paternalistic care and tutelage of the interests of working people by the wealthy. In applying these principles to the nascent labor movement, the church's leadership called for a mixed union (misto), whose membership would include both capitalists and workers. They argued that this type of union best reflected the tenets of Neo-Thomistic social philosophy. In addition, through its insistence on the misto, the church was also motivated by an obsessive concern with socialism, which it viewed as a threat, and by a fear of the working classes, which it associated with socialism, which it viewed as a threat, and by a fear of the working classes, which it associated with socialism. In pressing for the mixed union, therefore, the church leadership hoped not only to realize Neo-Thomistic principles, but also to defuse class struggle and prevent the proletariat from becoming a viable social and political force. Catholic activists, who were called upon to put ideas into practice and confronted social realities daily, learned that the "mixed" unions were a utopian vision that could not be realized. They knew that the age of paternalism was over and that neither the workers not the capitalists were interested in the mixed union. In its stead, the activists urged for the "simple" union, an organization for workers only. The conflict which ensued pitted the bourgeoisie and the Catholic hierarchy against the young activists. Sándor Agócs reveals precisely in what way Catholic social thought was inadequate to deal with the realities of unionization and why Catholics were unable to present a reasonable alternative. 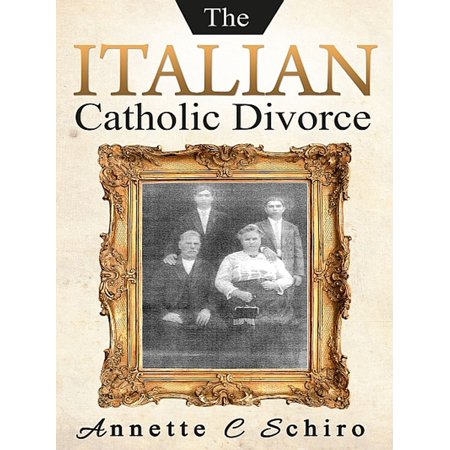 The Italian Catholic Divorce - eBookCategory: Catholic ItalianThis book is a collection of short stories of travel, adventure, and growing up as an Italian Catholic. The author tells stories of her great grandparents that came to America, and how it was literally murder getting out of Sicily. Coming from being poor peasants in Italy, America promised to provide the family with the opportunities to become wealthy aristocrats, even if one had to bootleg whiskey to do it. Shocked by the faith-shaking realization that nuns were actually human beings underneath all that garb, she was still hopeful that the pope would be coming to dinner after she purchased the best china available. With some Italian traditions that just wouldn’t die and too many relatives that did, Annette relates stories of their lives and deaths with wit and humor. 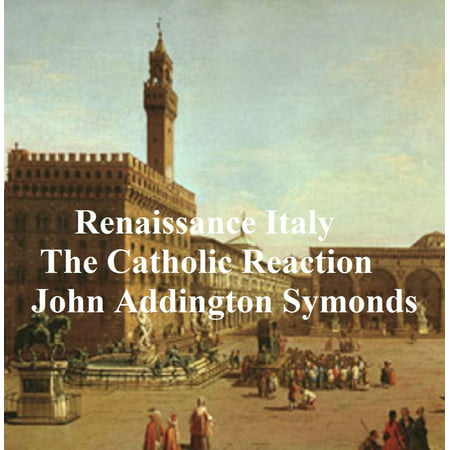 Renaissance in Italy: The Catholic Reaction, both parts in a single file - eBookCategory: Catholic ItalianAccording to Wikipedia: "John Addington Symonds (5 October 1840 - 19 April 1893) was an English poet and literary critic… Meanwhile he was occupied with his major work, Renaissance in Italy, which appeared in seven volumes at intervals between 1875 and 1886. The Renaissance had been the subject of Symonds' prize essay at Oxford, and this had aroused a desire to produce a more complete picture of the reawakening of art and literature in Europe... He practically made his home at Davos. A charming picture of his life there is drawn in Our Life in the Swiss Highlands (1891). Symonds became a citizen of the town; he took part in its municipal business, made friends with the peasants and shared their interests. There he wrote most of his books: biographies of Shelley (1878), Philip Sidney (1886), Ben Jonson (1886) and Michelangelo (1893), several volumes of poetry and essays, and a translation of the Autobiography of Benvenuto Cellini (1887). There, too, he completed his study of the Renaissance, the work for which he is mainly remembered." 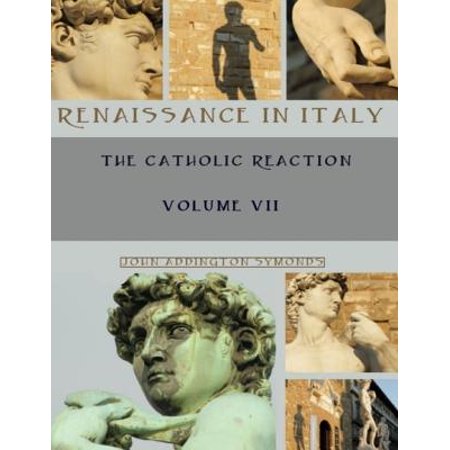 Renaissance in Italy : The Catholic Reaction, Volumes VII (Illustrated) - eBookCategory: Catholic Italian“Thus what the word Renaissance really means is new birth to liberty—the spirit of mankind recovering consciousness and the power of self-determination, recognizing the beauty of the outer world, and of the body through art, liberating the reason in science and the conscience in religion, restoring culture to the intelligence, and establishing the principle of political freedom. The Church was the schoolmaster of the Middle Ages. Culture was the humanizing and refining influence of the Renaissance.” 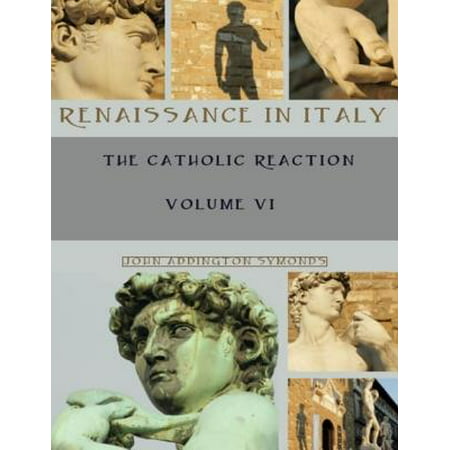 Renaissance in Italy : The Catholic Reaction, Volumes VI (Illustrated) - eBookCategory: Catholic Italian“Thus what the word Renaissance really means is new birth to liberty—the spirit of mankind recovering consciousness and the power of self-determination, recognizing the beauty of the outer world, and of the body through art, liberating the reason in science and the conscience in religion, restoring culture to the intelligence, and establishing the principle of political freedom. The Church was the schoolmaster of the Middle Ages. Culture was the humanizing and refining influence of the Renaissance.” 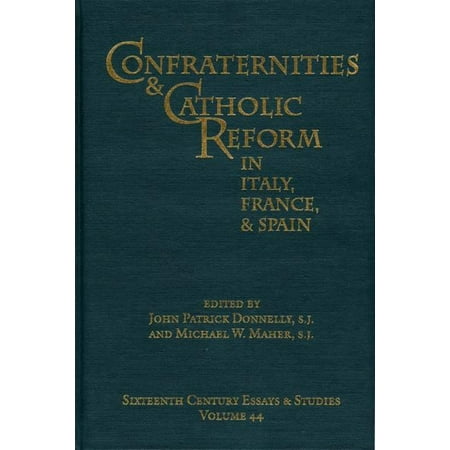 Confraternities and Catholic Reform in Italy, France, and Spain - eBookCategory: Catholic ItalianConfraternities go back to the church of the patristic age; they flourished during the Middle Ages and the Renaissance, and they have continued to survive in the modern era. Today the Knights of Columbus and the Saint Vincent De Paul Societies in thousands of American Catholic parishes continue the work of medieval confraternities in combining fellowship, piety, and charity. 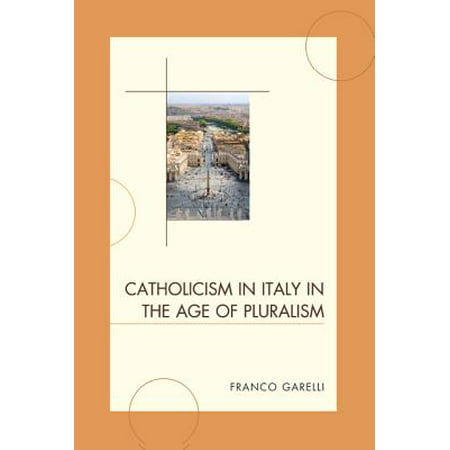 Catholicism in Italy in the Age of Pluralism - eBookCategory: Catholic ItalianReligious pluralism is increasing due to progressively more culturally interactive societies and an escalating exchange of migrants. Nevertheless, as this book shows, the situation in Italy is characterized by several distinct features. Statistically, the level of religiosity is noticeably higher than in other European countries, and the majority of the population declares itself Catholic. Within the Catholic world, however, there are distinct differences in the ways and forms of believing, ranging from the convinced and active faithful to the 'occasional' believer, or the development of new forms of 'Catholic.' Catholic sentiment endures although many believers may not agree with the ethical indications of the ecclesiastical hierarchy. Furthermore, the Church and Catholic groups have reinforced their presence in the public sphere by participating in various campaigns to reassert Christian values on fundamental issues for civil harmony, from the family to bioethics, the limitations of science to the goals of economic development, religious freedom to the secular State, national identity to global equilibriums, and more. The Church therefore moves at various levels in order to keep the nation closely tied to Catholic culture-a commitment which is both applauded and criticized. Some non-believers express appreciation for the Catholic campaigns set out to counteract the lack of values and loss of memory typical of advanced modernity. However, in the non-believing secular world many more criticize the Catholic presence for acting as a lobby in Italian society, accusing the Italian Church of excessive alignment to the diktat issued by the Vatican. The particularity of the Italian case poses unique questions to those who study social phenomena. Why is the Catholic Church in Italy experiencing a period of such vitality in the public sphere? How can this situation be reconciled with the undisputed advance of secularization? And what kind of organizational problems does the assertive dynamism of Italian Catholicism pose in a pluralistic society? 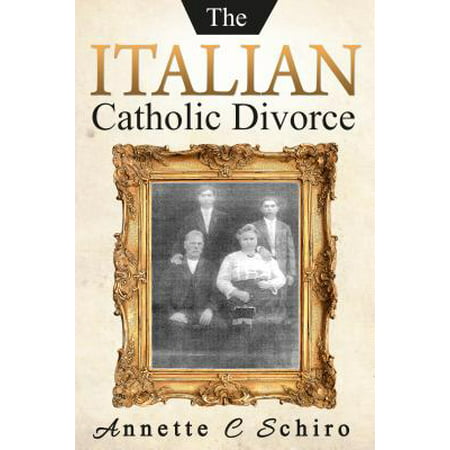 The Italian Catholic DivorceCategory: Catholic ItalianThis book is a collection of short stories of travel, adventure, and growing up as an Italian Catholic. The author tells stories of her great grandparents that came to America, and how it was literally murder getting out of Sicily. 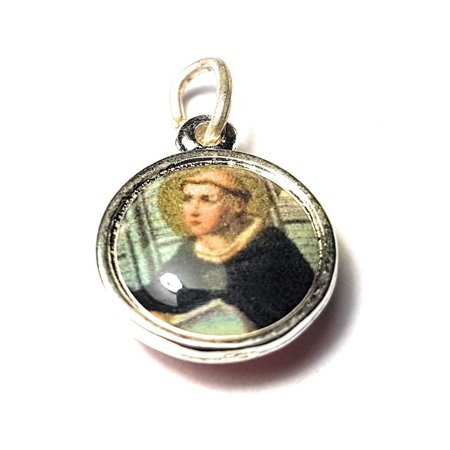 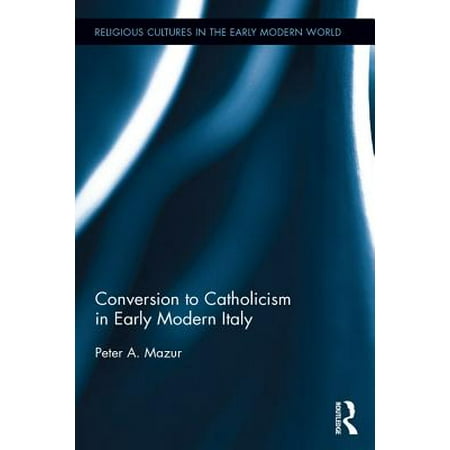 Conversion to Catholicism in Early Modern Italy - eBookCategory: Catholic ItalianIn the sixteenth and seventeenth centuries, conversion took on a new importance within the Catholic world, as its leaders faced the challenge of expanding the church's reach to new peoples and continents while at the same time reinforcing its authority in the Old World. Based on new archival research, this book details the extraordinary stories of converts who embraced a new religious identity in a territory where papal authority and Catholic orthodoxy were arguably at their strongest: the Italian peninsula. Through an analysis of both the unique strategies employed by clerics to attract and educate converts, and the biographies of the men and women—soldiers, aristocrats, and charlatans—who negotiated new positions for themselves in Rome and the other cities of the peninsula, a new image of Italy during the Counter-reformation emerges: a place where repression and toleration alternated in unexpected ways, leaving room for negotiation and exchange with members of rival faiths. 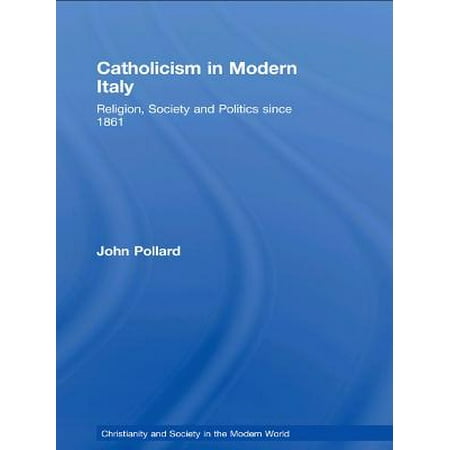 Catholicism in Modern Italy - eBookCategory: Catholic ItalianJohn Pollard's book surveys the relationship between Catholicism and the process of change in Italy from Unification to the present day. Central to the book is the complex set of relationships between traditional religion and the forces of change. In a broad sweep, Catholicism in Modern Italy looks at the cultural, social, political and economic aspects of the Catholic church and its relationship to the different experiences across Italy over this dramatic period of change and 'modernisation'. 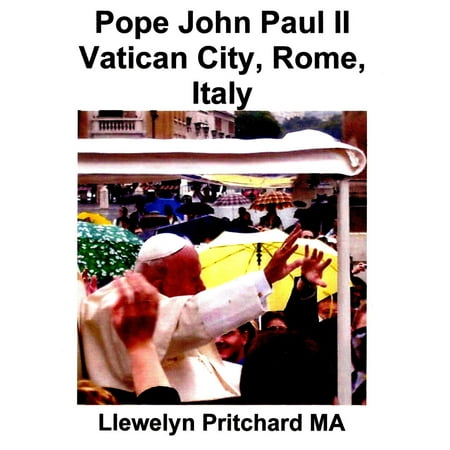 Signs You Grew Up Italian-American