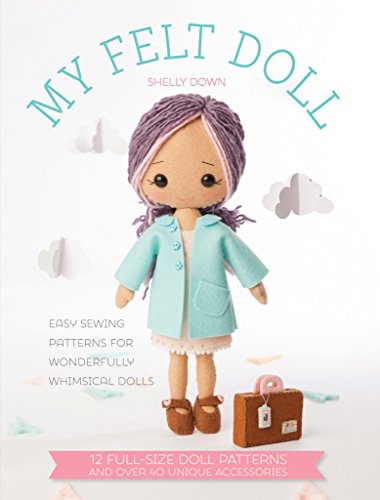 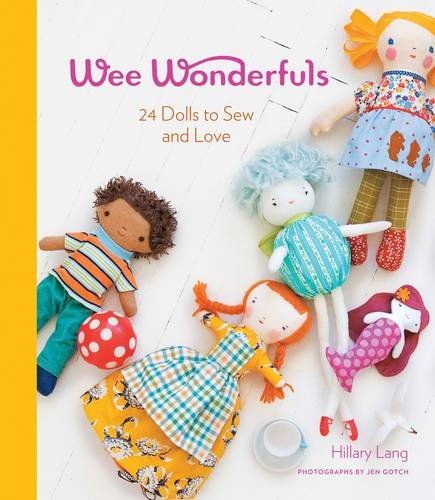 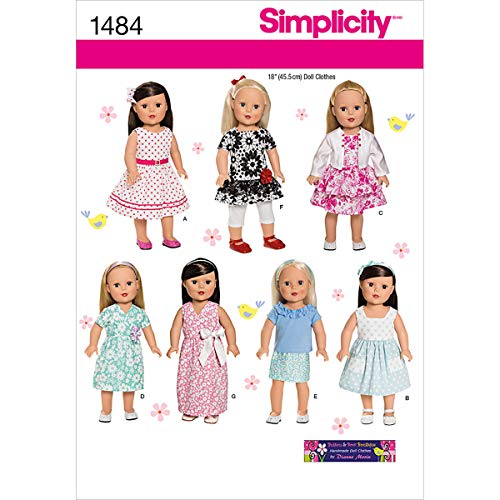 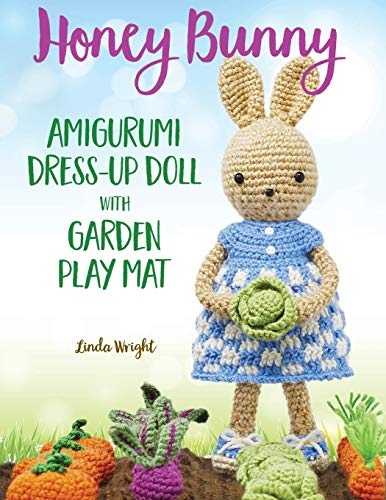 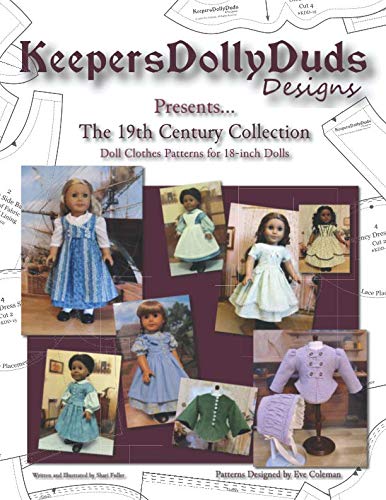 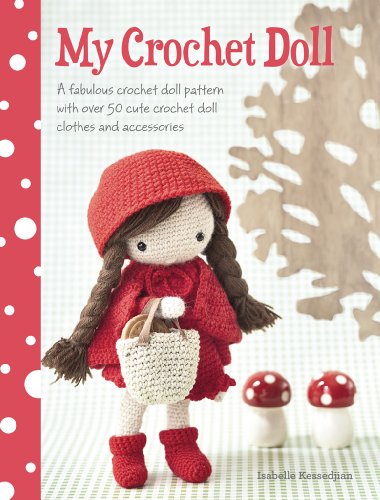 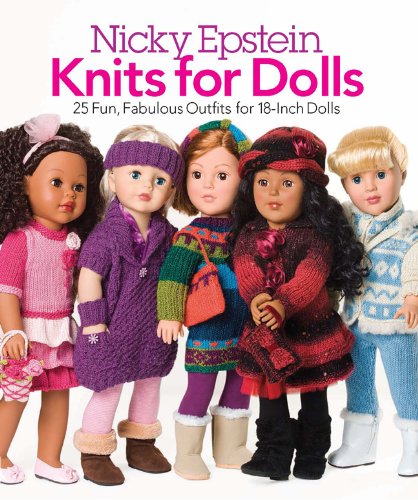 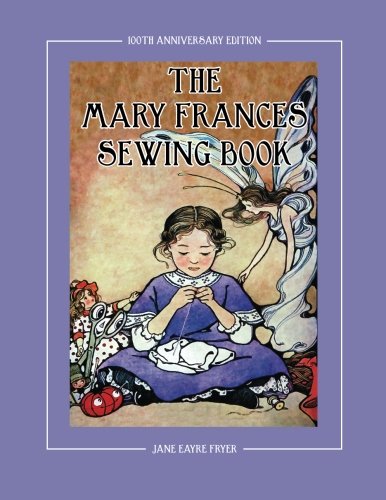 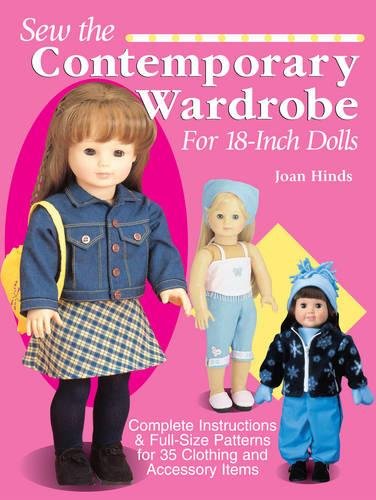 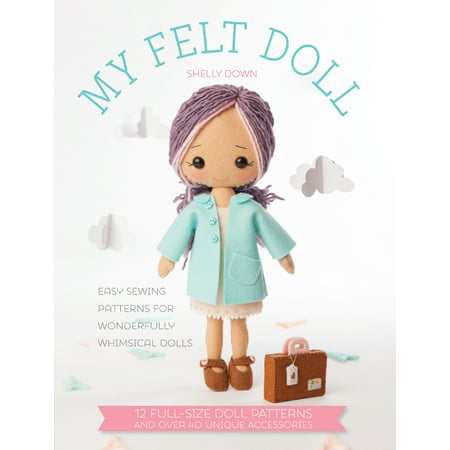 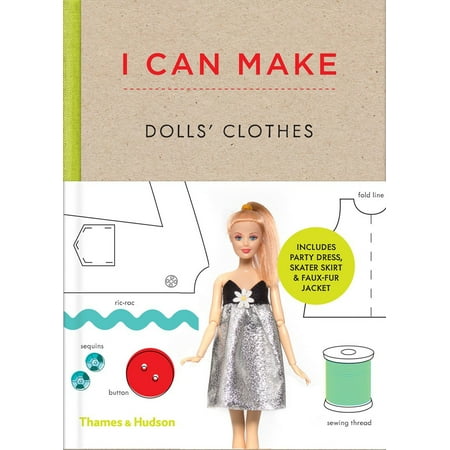 I Can Make Dolls' Clothes : Easy-To-Follow Patterns to Make Clothes and Accessories for Your Favorite DollCategory: Doll Pattern BookA guide to making twelve-inch dolls' clothes presents patterns for such articles as a tunic top, a knee-length coat, an A-line skirt, a faux-fur jacket, a skater skirt, a day dress, and a party dress. 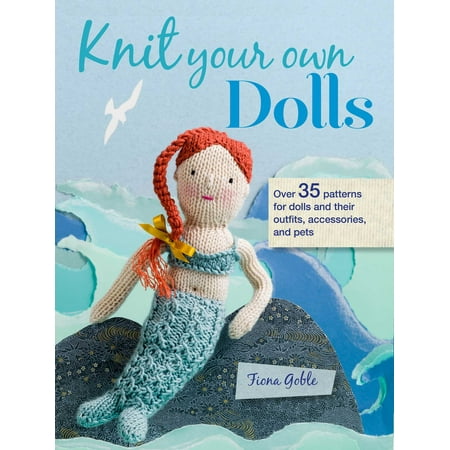 Knit Your Own Dolls : Over 35 patterns for dolls and their outfits, accessories, and petsCategory: Doll Pattern BookCreate your own knitted dolls, full of personality and fun to make. Everyone loves dolls with character, and Fiona Goble has designed 25 knitted toys with real appeal. As well as boy and girl dolls, there are animal dolls, and a whole wardrobe of clothes and accessories. The dolls are all the same size, so outfits can be swapped between the dolls, and you can change hairstyles and coloring as well to create a personalized gift for a child (or an adult!) As well as the dolls and their clothes, there are more than 10 added extras such as pet cats and dogs, a mini teddy bear, and beach gear, making more than 35 patterns in total. Whether you want to knit Ben the Surfer Dude, Vintage Rosie, Marion the Mermaid, or Superhero Stan, you will find easy-to-follow patterns, and instructions on everything from knitting techniques to creating the all-important finishing touches. 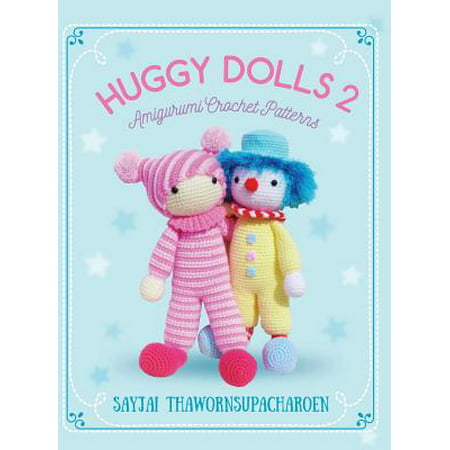 Huggy Dolls 2 : Amigurumi Crochet PatternsCategory: Doll Pattern BookHuggy Dolls 2 is a collection of cute, huggable, easy to make dolls. Included are the patterns for small cupcakes, a donut and a baby bottle. The doll patterns are for: a Baby, Clown, Mermaid, Tiger, Lion, Mouse, Lamb, Dog, Long Eared Bunny and 2 Foxes. The dolls are about 19 inches tall (48 cm).

Fun and Easy Amigurumi : Crochet Patterns to Create Your Own Dolls and ToysCategory: Doll Pattern BookA collection of easy crochet patterns for: little owls, bunnies, toys (a helicopter and bowling pins), dolls, bears, a monkey, cats and puppies. Most dolls and animals are quick and easy to crochet. Step by step instructions help you complete each animal or doll. With a little crochet knowledge you will find most patterns easy. 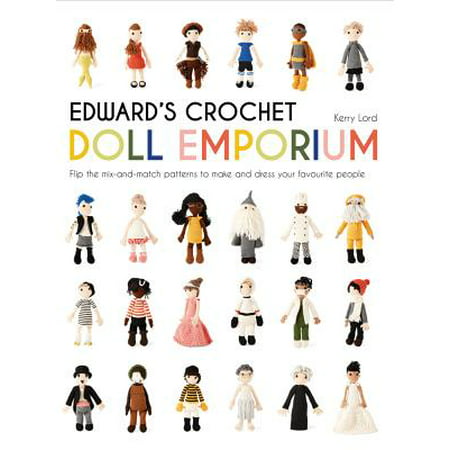 Edward's Crochet Doll Emporium : Flip the Mix-And-Match Patterns to Make and Dress Your Favourite PeopleCategory: Doll Pattern BookMix, match, and crochet more than a million different dolls with this amazing book of patterns! The fun format and flippable pages make it easy to build a character with the exact hairstyles, outfits, and accessories you want. Create dolls that look just like your favorite people--even celebrities--or make just one with an extraordinary wardrobe. Step-by-step instructions help even beginners grasp the techniques. 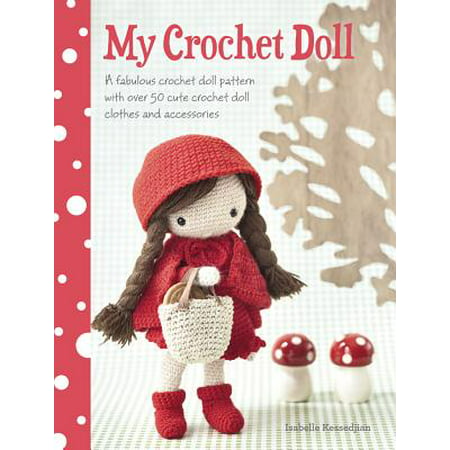 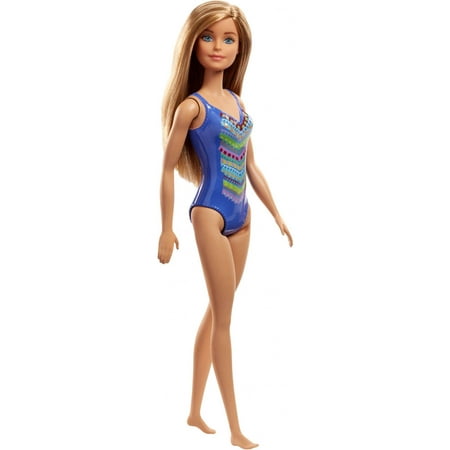 Barbie Beach Doll with Blue Patterned One-Piece Swimsuit, BlondeCategory: Doll Pattern BookBarbie doll and her friends always love a beach day! And dressed for the water, they are ready for summer fun! This doll looks sun-sational wearing a fabulous patterned one-piece swimsuit that is right on trend and so her style. Girls will love playing out beach days, pool parties and summer vacation with this adorable doll. Collect all the Barbie Beach dolls (each sold separately) for a real beach party! Includes doll wearing non-removable swimwear. Dolls cannot stand alone. Colors and decorations may vary. 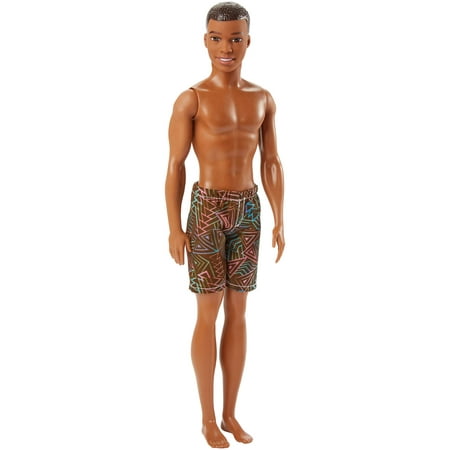 Barbie Ken Beach Doll with Multi-Colored Pattern Swim TrunksCategory: Doll Pattern BookBarbie doll and her friends always love a beach day! And dressed for the water, they are ready for summer fun! This doll looks sun-sational wearing fabulous patterned swimming trunks that is right on trend and so his style. Kids will love playing out beach days, pool parties and summer vacation with this adorable doll. Collect all the Barbie Beach dolls (each sold separately) for a real beach party! Includes doll wearing non-removable swimwear. Dolls cannot stand alone. Colors and decorations may vary. 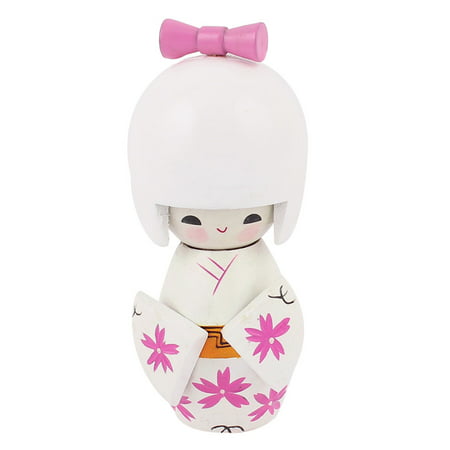 Flower Printed Pattern White Kokeshi Japanese DollCategory: Doll Pattern BookSentimental crafts that double as affordable gifts and home decor. Because nothing says "I love you" like a trip to the craft store.· Features a wear traditional costume, smiling Japanese Girl Style girl,Flower printed,bowknot decor.· With a bowknot on the head, you can turn he head .· Can be put on your desk or hanged on wall to ornament your room.· Good hand craft art makes this doll an  ideal gift for friends and . For CALIFORNIA residents only: WARNING: This product contains chemicals including DEHP, which is known to the State of California to cause cancer and birth defects or other reproductive harm.Please note that by posting this Proposition 65 warning, we are notifying you that one or more of the Proposition 65 listed chemicals may be present in a product. With Unique Bargains' products, the exposure to these chemicals may be of no significant risk to you, but out of caution, we have elected to place this warning on our site to make sure our customers are informed.You can find more information at http://www.oehha.ca.gov/proposition-65/about-proposition-65. 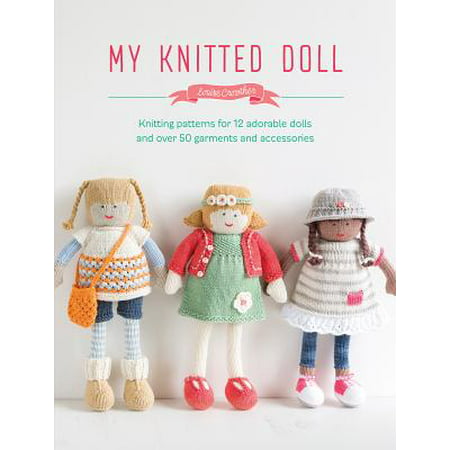 My Knitted Doll : Knitting Patterns for 12 Adorable Dolls and Over 50 Garments and AccessoriesCategory: Doll Pattern BookKnitters will love this fabulous collection of adorable knitted dolls and their very contemporary styled clothes and accessories. There are 12 different dolls and all of the garments can be mixed and matched to create unique outfits. You can also change the dolls' hair style and color easily too--so you could go for a cute auburn bob or may be some long blonde pigtails for your doll! My Knitted Doll is not for the absolute beginner knitter, but will appeal to knitters who do have a basic understanding of the craft. Having said that, the instructions are presented succinctly with easy to follow diagrams, with charts for intarsia and other designs. Once completed these knitted dolls will make fabulous presents for children who will love the attention to detail given to their fun and stylish contemporary wardrobe.