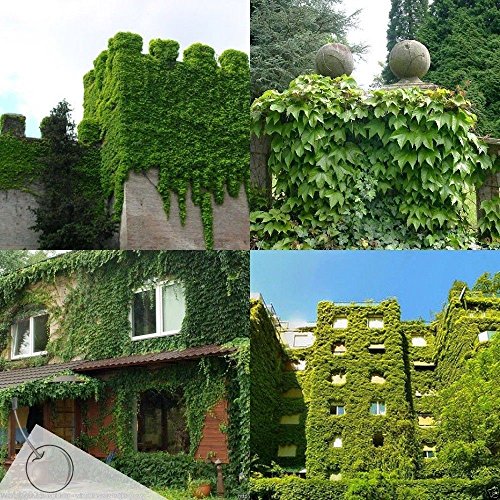 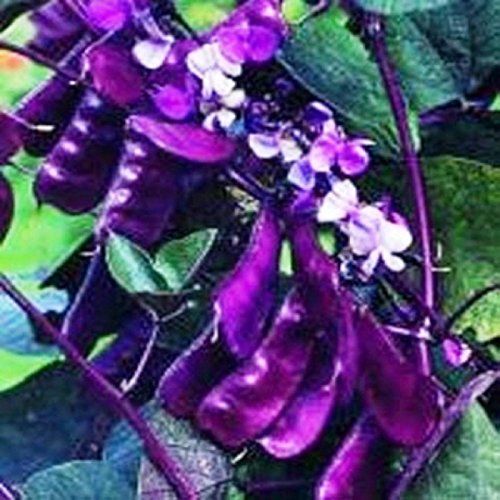 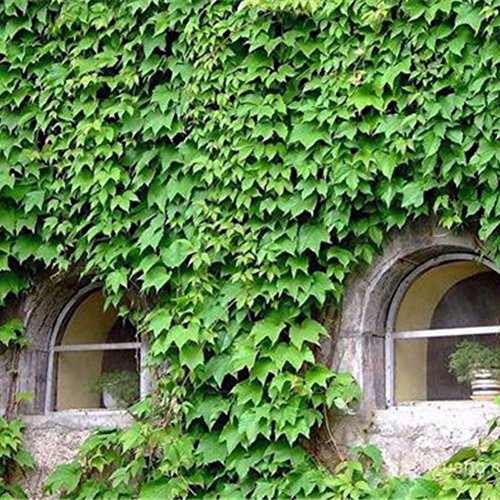 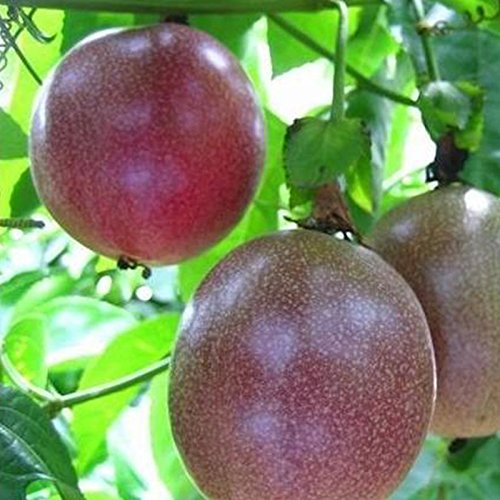 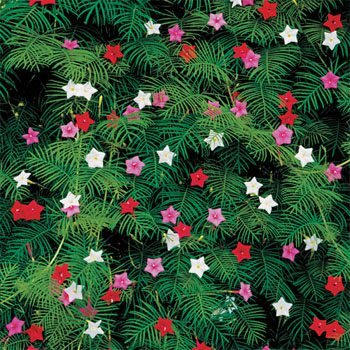 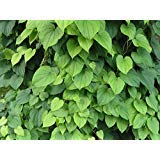 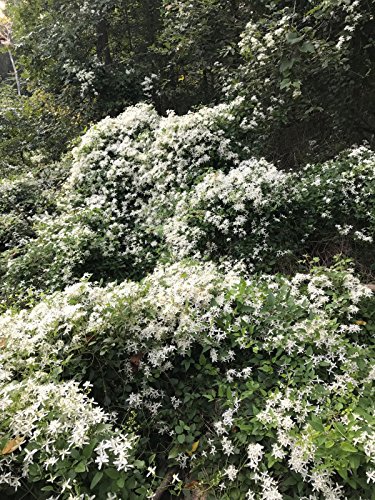 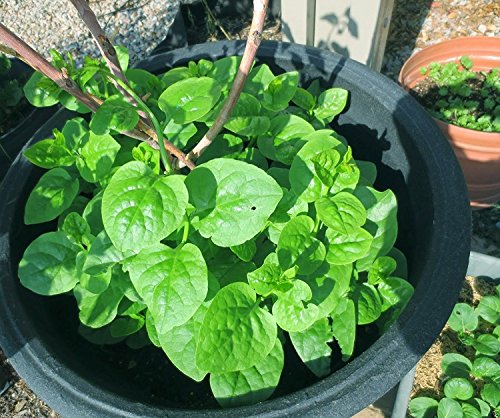 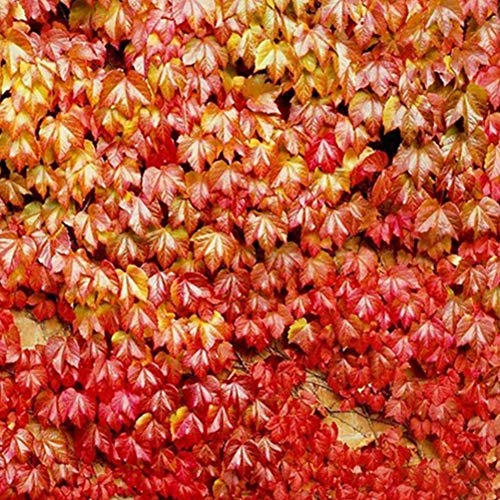 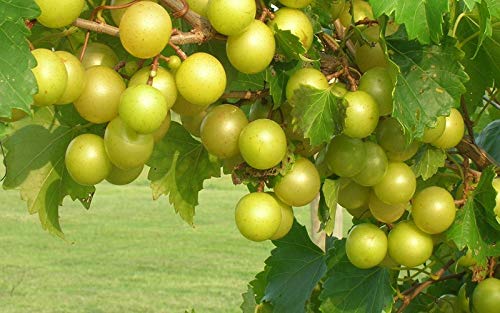 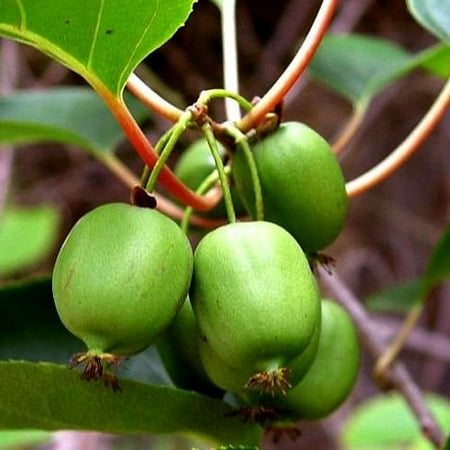 Issai Kiwi Vine - Hardy - Self Fruitful Female Variety - Easy to Grow - 2.5" PotCategory: Fast Growing VineThe Hardy Kiwi is THE FRUIT OF THE FUTURE. Fruits are now being marketed and sold in produce stores. It has been accepted in the marketplace and the demand will be growing in the very near future for the small delicious fruits.The Hardy Kiwi, are native to the mountains and hills of southwestern China where they grow wild in trees and on bushes. The Hardy Kiwi was introduced to the United Kingdom, Europe, United States, and New Zealand between 1900 to 1910 from China. Commercial plantings were made in New Zealand about 1930 and have become widespread over the last 20-30 years.These plants have been tested in New Hampshire and upper New York State where they survived 25 degrees F below zero temperatures! Kiwi plants are attractive growers that require a sunny location, preferably with wind protection. They can be grown in different types of soils; however, the soil must be well drained. The vines take very little maintenance-just pruning and support to hold about 100 lbs. of fruit for a mature plant. Plant 10 to 20 ft. apart. They are hardy in zones 4-9.Kiwi plants are very pretty when used to cover a wall or fence or used in landscape design. The fruit is very high in Vitamin C and its use in recipes is endless. The hardy Kiwis ripen in mid to late September. Growing instructions included with each order.Actinidia arguta Issai is unigue self fertile female kiwi vine with tasty fruit the size of a large grape. This cultivar can produce abundant crops in the absence of a male pollinator, often in the first year after planting. It is a climbing plant, supporting itself by twining around branches and a fast grower maturing at a length of to 12 feet. A very hardy plant, tolerating temperatures down to -20°F, but the young spring growth is susceptible to frost damage. In spring, it produces fragrant white flowers. A self-pollinator, it bears long fruit to 1 inch in diameter. Fruit is sweet with a good flavour and high quality. It ripens in September and contains up to 5 times the vitamin C content of blackcurrants. The fruit is seedless when it is not pollinated. This vine is worth growing for its nice foliage alone and the fruits are an added bonus. Actinidia arguta prefers a sound loamy neutral soil in a sheltered position. It tolerates acid and moderately alkaline soils. Succeeds in semi-shade but full sun is best for fruit production. Fruits are formed on second year wood and also on fruit spurs on older wood. Any pruning is best carried out in the winter. 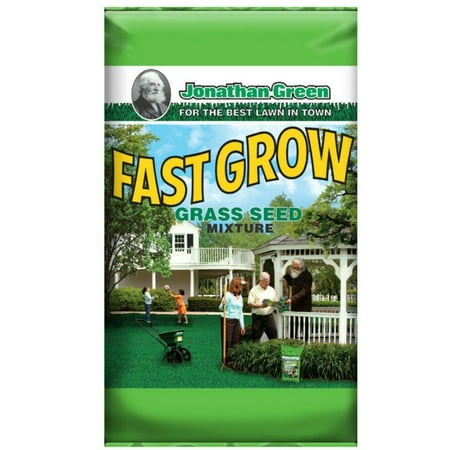 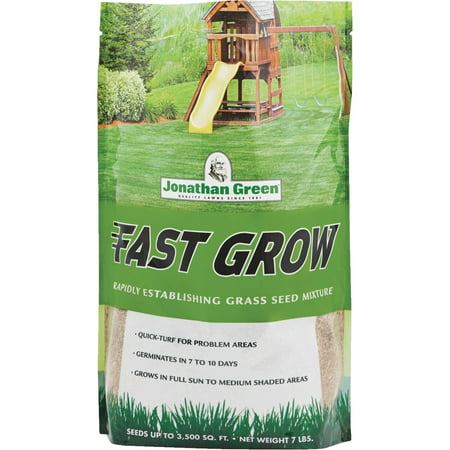 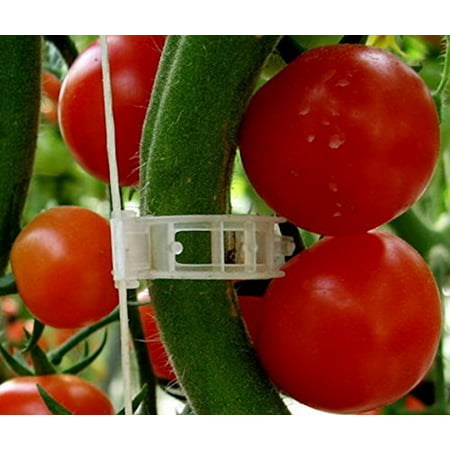 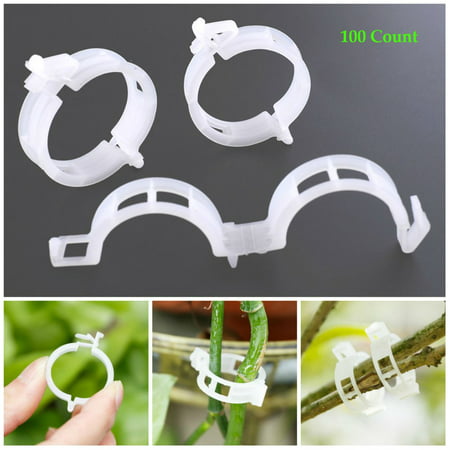 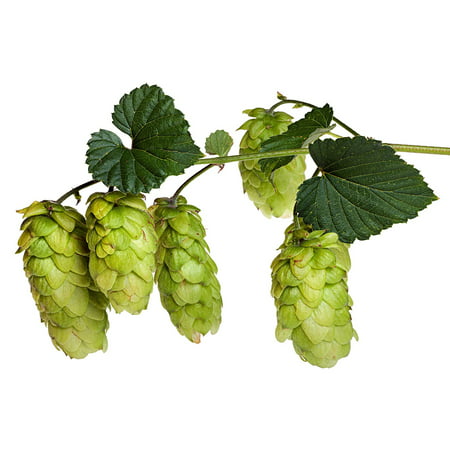 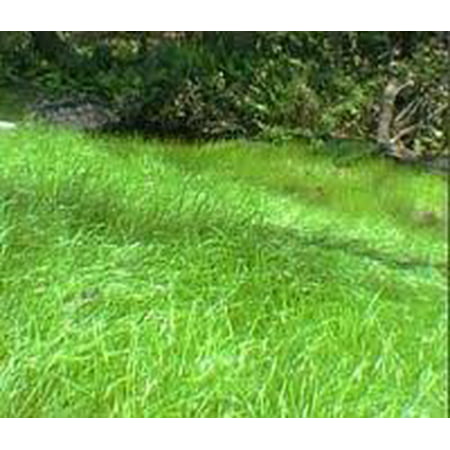 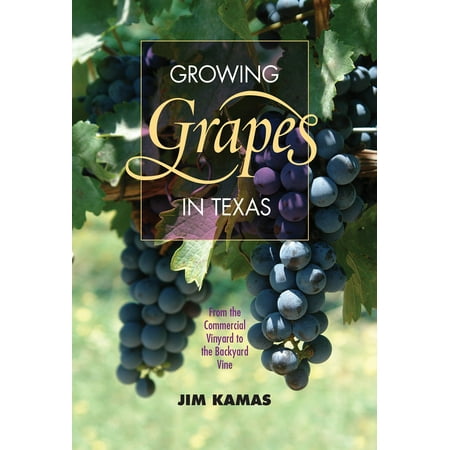 Growing Grapes in Texas : From the Commercial Vineyard to the Backyard VineCategory: Fast Growing VineComplete and approachable manual on grape growing in Texas. Identifies the state’s current grape growing regions and covers everything the commercial or home producer needs to know in order to have a successful vineyard. 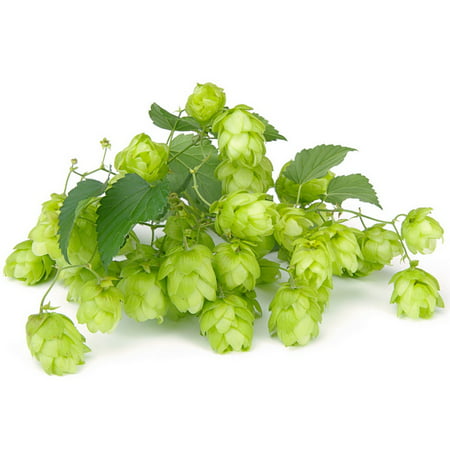 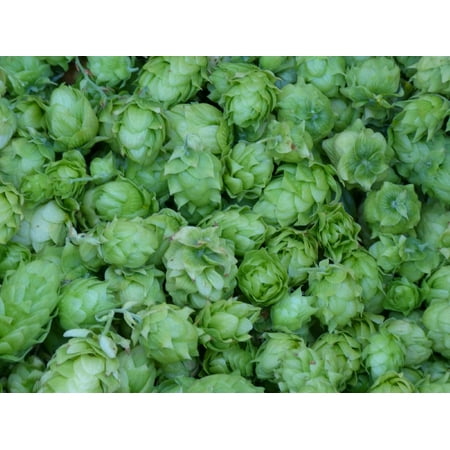 Eroica Beer Hops Vine - Humulus - Grow your own Beer! - 2.5" PotCategory: Fast Growing VineEroica Hops is the sunset in the brewer's evening...fading towards night. It's production and usage has been on the decline, and this is likely why its hard to find in commercial beers. Lagunitas Brewing Company dedicated an Eroica Ale just for its farewell party. It can still be found on the shelf to satisfy your recipe and curiosity however.Eroica Hops is a bittering hops that is a descendant of, yes, Brewer's Gold. It is a sibling of Galena Hops, and was produced with open pollination in Idaho in 1968. In fact Galena has served as a part of the demise as it is commonly substituted with Eroica hops. However, Eroica flaunts a hefty 12%-15% alpha acid rating, making it suitable for beers such as American Pale Ales, India Pale Ales, and dark beers such as Porter and Stouts. It has a spiky fruity aroma, likely from the high myrcene oil content.This hops variety does well at tolerating wilt and mildew, however is susceptible to ringspot and different mosaic viruses. Eroica Hops is a fairly strong yielding plant that produces compact cones, and is ready for harvest late in the summer. The ease of harvest, however, is slightly difficult as the cones are hard to pull from the bine. 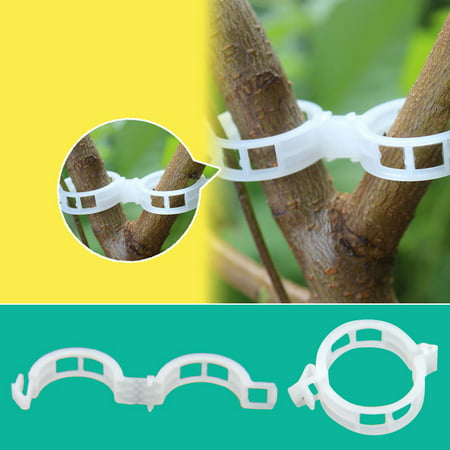 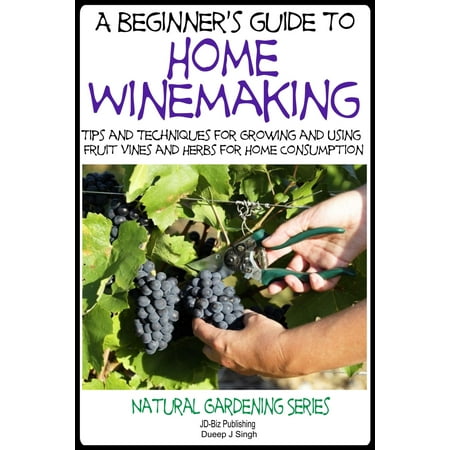 A Beginner’s Guide to Home Winemaking: Tips and Techniques for Growing and Using Fruit Vines and Herbs for Home Consumption - eBookCategory: Fast Growing VineA Beginner’s Guide to Home WinemakingTips and Techniques for Growing and Using Fruit Vines and Herbs for Home ConsumptionTable of ContentsIntroductionGrowing Grape VinesPreparation of the soilPlanting your vineMaintenancePruning your vinesProtecting Your Vines.Harvesting your grapesMaking homemade WinesWhat is wineHow to Make WineEquipment Needed For WinemakingDon’ts When You Are Making WineSteps in Home WinemakingPreparation of the Fruits and VegetablesExtraction of JuiceMaking the Fermentation MixtureFermentationRacking into JarsArtificial ClearingFiningRacking off into bottles and storingMaturingServing wineChoosing the Best WinesVarieties and RecipesWinemaking recipesApple WineBeetroot WineBlackberry WineBlackcurrant WineElderberryElderflower WineGrapesOrange WineRaisin WineDandelion WineConclusionAuthor BioIntroductionAccording to the ancient Greeks, it was a Demi-God, Dionysius, who taught them the pleasures of making wine and drinking it. No wonder he was always shown with grapevine leaves around his head.The Romans called him Bacchus and also Eleutherios, which meant the Liberator. The idea was those taking part in celebrating his existence were free from care and worry. That was because they drank freely of the fruit of the grape during their Bacchanals.A Greek friend told me that according to Greek legend, Dionysius was supposed to have come to India, and Alexander the great during his conquest entered an Eastern city called Nysa , of which the inhabitants told him of its raising by this demi-God. He taught them practices which were incorporated in their own social rituals and festivals.Ah, well, that is a good myth, but then wine was definitely not unknown in the East. It was one of the first gourmet pleasures discovered and appreciated for millenniums. So if this demigod came to the Indian subcontinent he would have been fed Madira or Soma Rasa -the ancient and traditional drink of the gods!The names Dennis, Denise and Dion are derivatives from this original Greek name.So for all of us who would like to raise a toast to the gods in a glass of homemade wine, this book is going to teach you how you can grow vines very successfully in sunny atmospheres. After that, it is going to teach you how to make wines for home consumption.If you look at winemaking practices, which are being practiced today, it is a very scary and complicated process. This is because of our usage of complex and complicated tools. The practices I am going to teach you have been in use for centuries. You are not going to be buying expensive tools. You are going to be making wine, the traditional way.

These quick growing vine climbers can hide unwelcome features, cover bare walls and fences, and lend an air of wildness to even the most staid landscape.

Patty shows vine options for privacy fences and others for beauty.