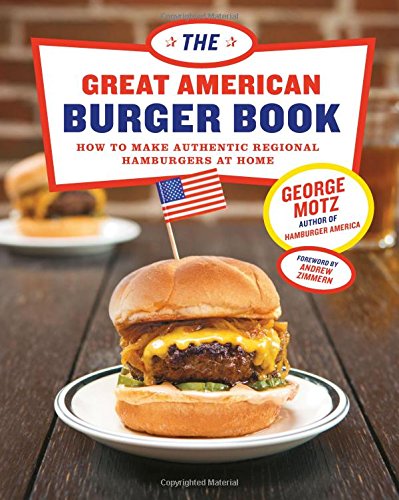 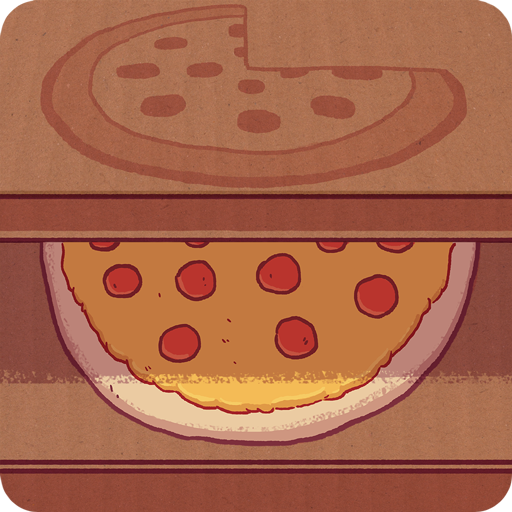 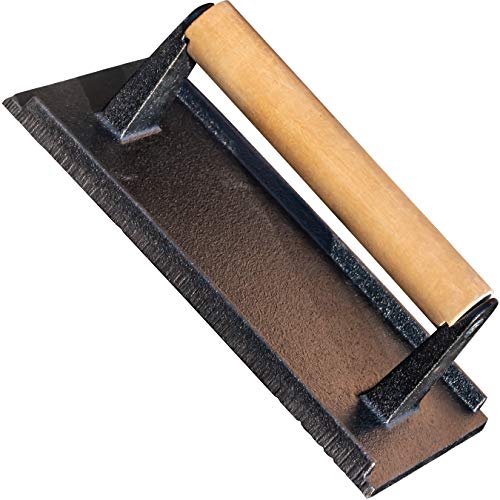 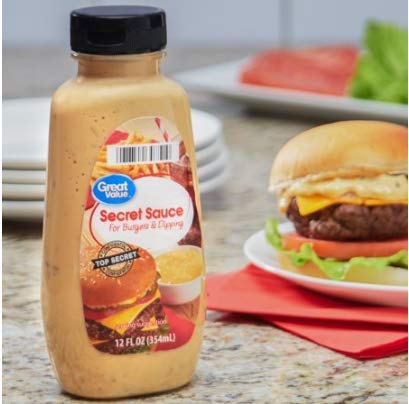 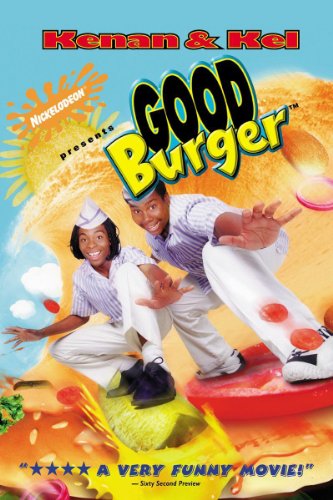 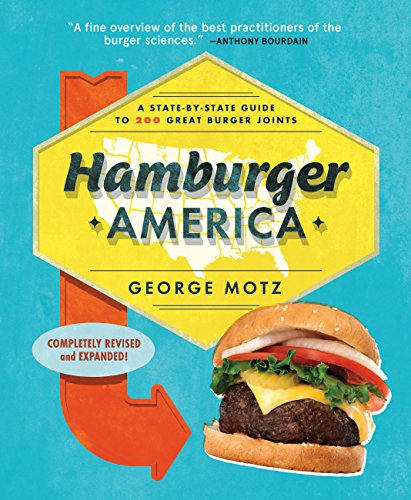 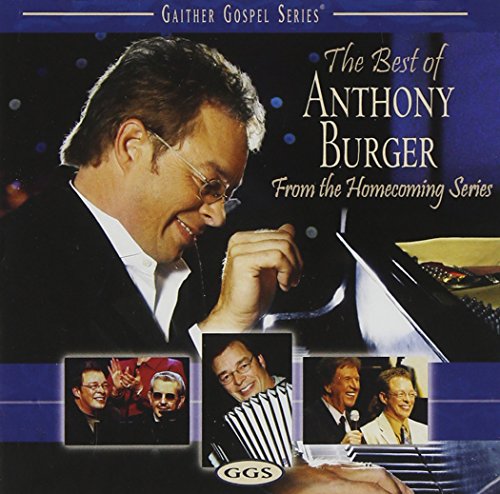 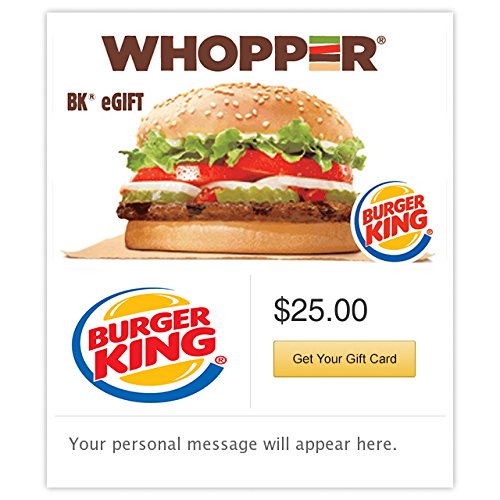 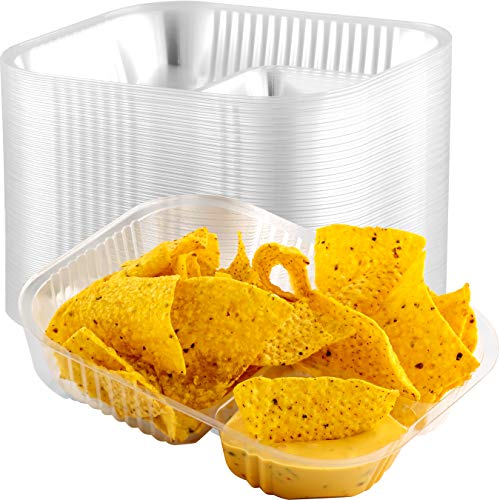 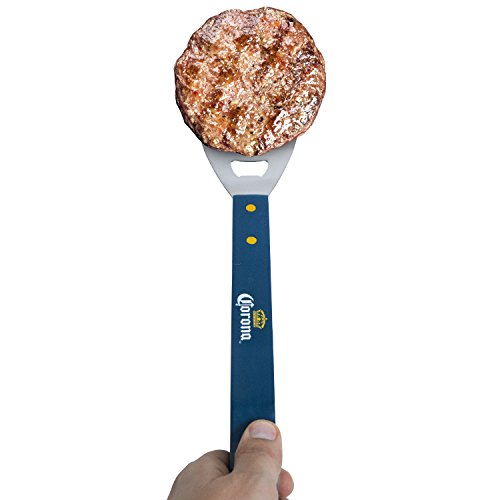 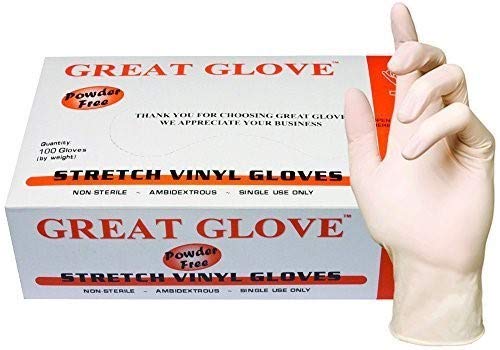 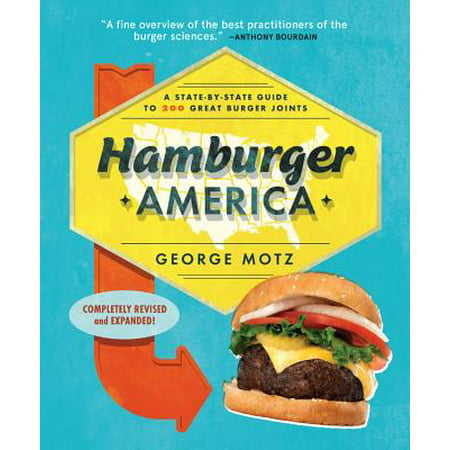 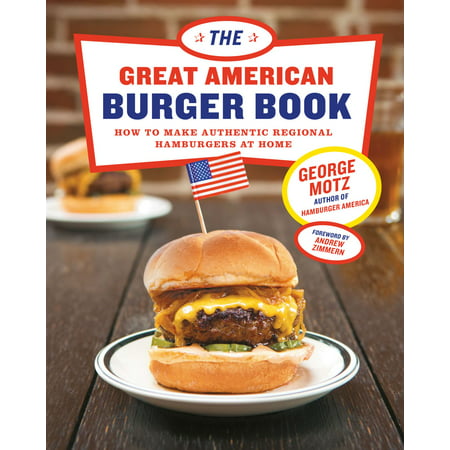 Great Vegan BBQ Without a Grill : Amazing Plant-Based Ribs, Burgers, Steaks, Kabobs and More Smoky FavoritesCategory: Great Burgers*Named one of the best new cookbooks for summer by The Washington Post!*All Your Favorite BBQ Dishes Made Deliciously Plant-Based!Great Vegan BBQ Without a Grill is the easy and convenient way to BBQ anywhere, anytime while keeping to your healthy vegan lifestyle. Linda Meyer and her daughter Alex take you on a tour of America's best BBQ, inspired by their family road trips to South Carolina, Louisiana, Texas and more. They'll show you how to easily replicate the smoky flavors and textures of classic BBQ meats using a grill pan or cast iron skillet--no outdoor grill or smoker required!Sink your teeth into Texas BBQ Brisket dripping with Big Mama's Homemade BBQ Sauce, and win the war on bland, crumbling veggie burgers with Smoky Chipotle BBQ Black Bean Burgers. Featuring more than 70 recipes, each paired with a mouthwatering photo, you can create a real hoedown with dishes such as "Honey" BBQ Ribz, Beer Braised Pulled "Pork" Sandwiches, BBQ Jerk Chick'n and Carolina Coleslaw. These amazing recipes will become your go-to vegan choices for all your BBQ cravings.

Gourmet Burgers: Move Up To Great Taste - eBookCategory: Great BurgersGourmet burgers are showing up on many upscale restaurant menus. The toppings on these delicious burgers can range from blue cheese to goat cheese to pineapple to chilies. The sky is the limit and your imagination can run wild.We have hand selected 20 Best of the Best and delicious gourmet burger recipes like Turkey Burgers, Cilantro Burgers, Chili Burgers, Pizza Burgers, Pumpkin Burgers, Reuben Burgers, Horseradish Burgers and many more from the Chefs Secret Vault. Your friends and family will think youve been taking lessons in gourmet cooking. So dont miss this chance to add some treasured recipes to your personal collection today! 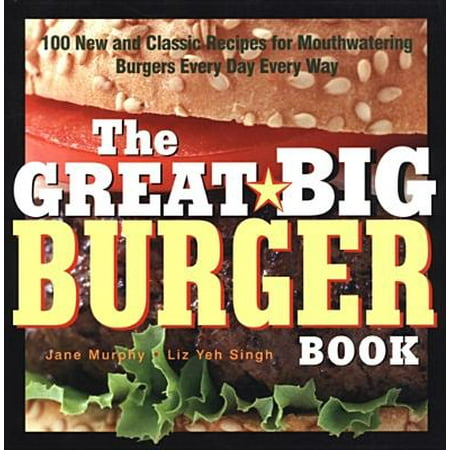 Great Big Burger Book - eBookCategory: Great BurgersSatisfy your every burger craving with these 100 extraordinary recipes for bodacious burgers! The Great Big Burger Book features every kind of meat, seafood, poultry, and vegetarian burger you can imagine, plus loads of homemade toppings and plenty of fun trivia about burger history and America's very best burger joints. 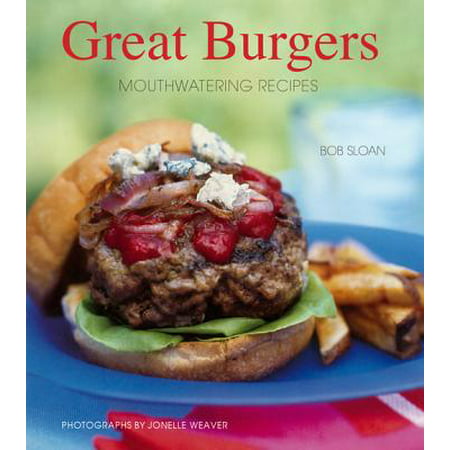 Great Burgers - eBookCategory: Great BurgersMeet Burgermeister Bob Sloan, who serves up countless crave-inducing creations of this finger-licking favorite. With a spatula and these recipes for classic, adventurous, and lighter burgers, Sloan leads the way to fun in a bun. From savory basic burger and cheeseburger recipes to spicy Louisiana-style Bayou versions to Mexican-style Picadillo fare to burgers of fresh tuna and salmon, there's a burger here for every palate. Can't-go-wrong recipes for delicious sides round off the menu options, including Classic Cole Slaw, Garlic Mashed Potatoes, and sinfully good fried-and-true onion rings. Armed with this handy guide of all that is burger, anyone can be the next contender for the burger hall of fame. 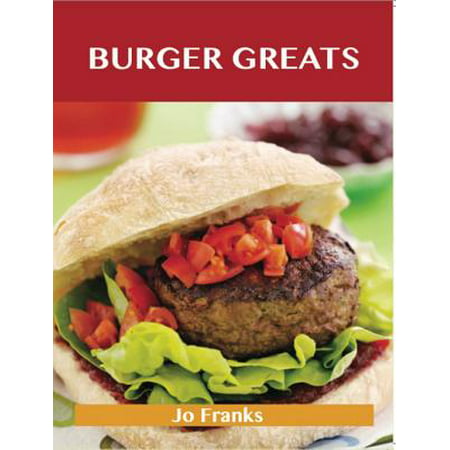 Burger Greats: Delicious Burger Recipes, The Top 80 Burger Recipes - eBookCategory: Great BurgersYou'll love this book, the recipes are easy, the ingredients are easy to get and they don't take long to make. Foodlovers turn to Burger Greats for information and inspiration. Everything is in here, from the proverbial soup to nuts: hapter Baked Chicken Burgers, Bangkok Bean Burgers With Peanut Cilantro Sauce, Barbecued Beef and Lentil Burgers, Bean And Rice Burgers, Sweet Onion-Smothered Hamburgers, Teriyaki Tofu Burgers, Texas Chicken Burgers, Tuna Burgers With Ginger And Soy, Turkey And Mushroom Burgers, Turkey Bayou Burgers, Turkey Burgers Parmigiana, Turkey Burgers With Barbecue Sauce, Vegemillet Burgers, White Tassel Hamburgers, Zesty Burgers...and much much more! This is a very satisfying book, however I would recommend you eat something before you read this book, or you won't be able to make it through without reaching for a skillet or saucepan! Burger Greats is packed with more information than you could imagine. 80 delicious dishes covering everything, each employing ingredients that should be simple to find and include Burger. This cookbook offers great value and would make a fabulous gift. This book will also give you enough inspiration to experiment with different ingredients since you'll find the extensive index to be extremely helpful. The recipes are superb. Wonderfully easy to put together and you don't have to make or purchase a ton of condiments before you have a chance to play with them. Yummy!! 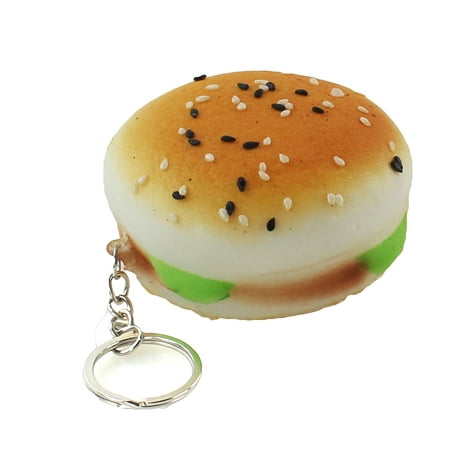 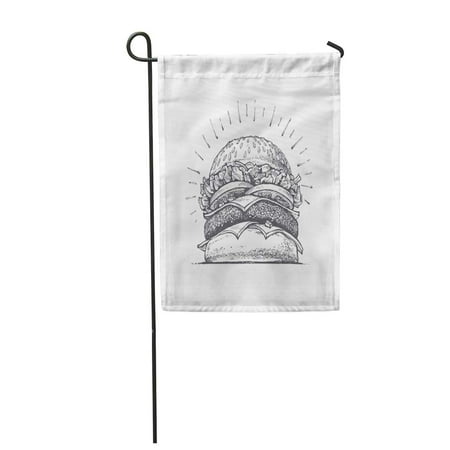 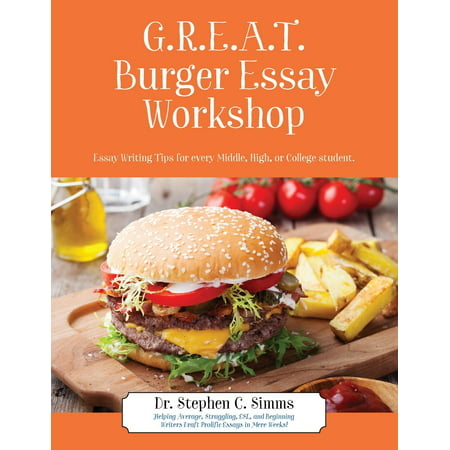 Great Burger Essay Workshop : Essay Writing Tips for Every Middle, High, or College StudentCategory: Great BurgersSixteen-year master educator & Ph. D Stephen C. Simms shares his proven, color-coded, and interactive writing system that improves the essays of Middle, High, and College students! When he began, this secondary English teacher was literally taken aback! His first year felt insurmountable as he dealt with the sobering reality that 55 percent of his ninth graders drafted deficient essays. Dr. Simms was absolutely desperate to devise a method of freeing these learners from churning out predictable, pedantic, and lifeless drafts. Soon, he set a new SMART goal to transform the writings of his pupils at this 2600+ mega high school in the heart of Miami-Dade County, Florida. Yet, their struggles were not solely isolated to that diverse, dynamic population. He knew that weaker essay writing was not only prevalent during his fourteen years of educating in MDCPS, nor two years in Michigan schools; it was a nationwide epidemic! According to the Center for American Progress (2016), "In the United States, research shows that anywhere from 40 percent to 60 percent of first-year college students require remediation in English, Math, or both" (Jimenez et al, 2016, p. 1). It became abundantly clear that students' essay writing skills were not being sufficiently honed between elementary and high school. There had to be a way to bridge the substantial gap. Over the next seven years, Dr. Simms devised his own unique writing system called G.R.E.A.T. Burger Essay Workshop. It was gradually created to inspire vivid, entertaining, and prolific essays. By getting back-to-basics; reviewing grammar, including bell ringers, games, quizzes, authentic prompts, drafting practice; he could transport writers to a higher level of confidence and expression. The teacher sought to serve struggling, ESL, average, and even better writers when he developed G.R.E.A.T--Grammatically correct, Repetition free, Expertly supported, Adjective/Adverb filled, and Transition packed. This simpler, colo 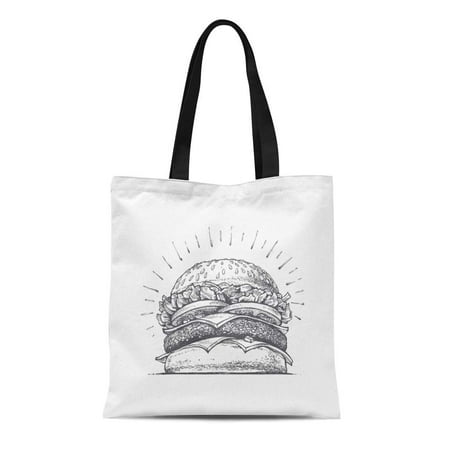 Burger Joint Great ConditionCategory: Great BurgersIn this two-player game, each player runs a chain of fast-food joints: one specializes in burgers and the other in pizzas. As each expands, he takes on some of the menu items of the other in order to compete for customers. The most successful chain will win in the end!

The Best Burger I've Ever Made | SAM THE COOKING GUY 4K

The best burger I've ever made - think in n out double double animal style... only better! SUBSCRIBE: http://bit.ly/stcgsub | MERCH: http://bit.ly/M_A_C_A WATCH NEXT ► Popular Videos: http://bit.ly/stcg-popular-vids In N Out, Shake Shack, your favorite diner - I no longer have use for these places. I've probably made upwards of 1000+ burgers in my life - beef, pork, salmon, chicken, tofu, veggie, tuna - but I can officially tell you now that this Diner or Smashed Burger with a simple home...