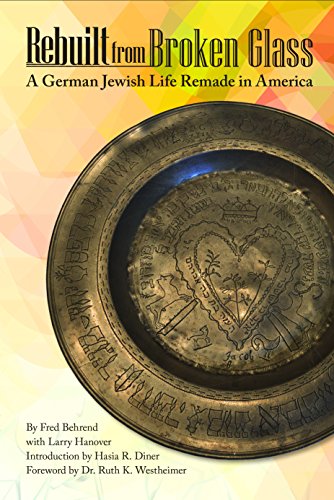 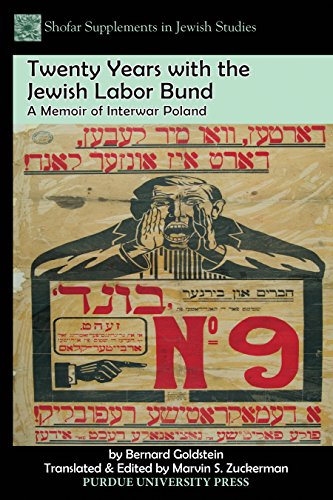 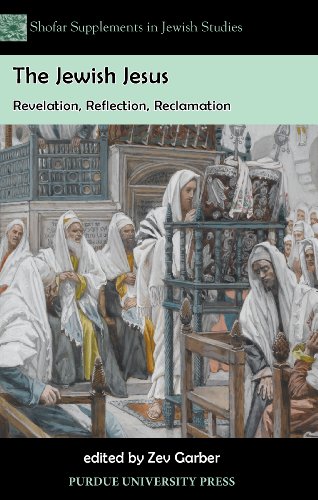 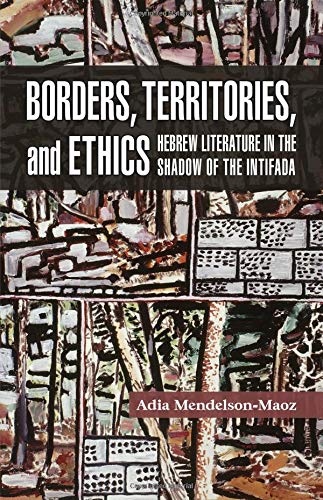 Borders, Territories, and Ethics: Hebrew Literature in the Shadow of the Intifada (Shofar Supplements in Jewish Studies)ASIN: 1557538204 / 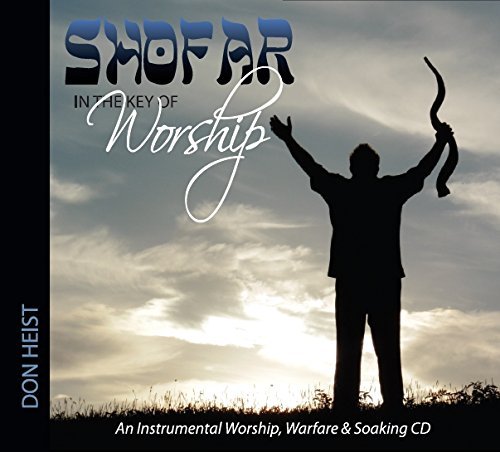 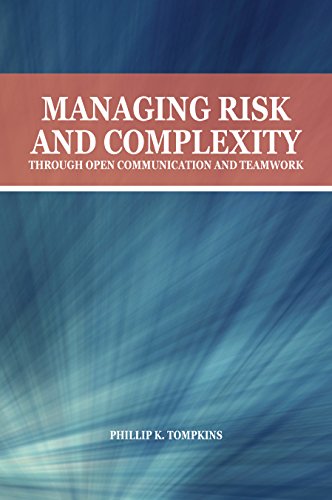 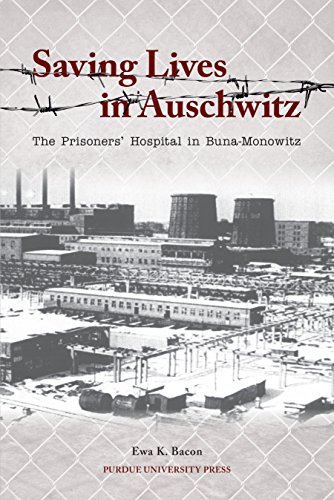 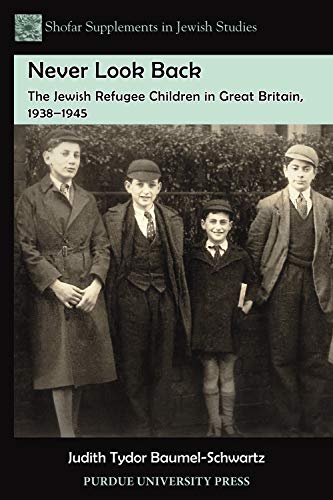 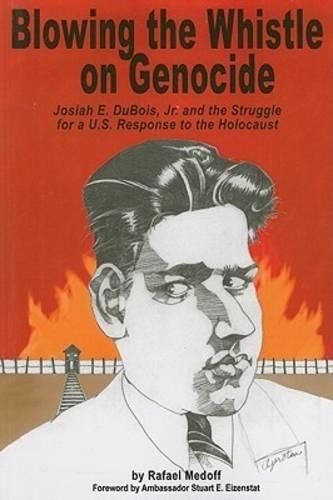 Blowing the Whistle on Genocide: Josiah E. DuBois, Jr. and the Struggle for a U.S. Response to the Holocaust (Shofar Supplements in Jewish Studies)ASIN: 1557535078 / 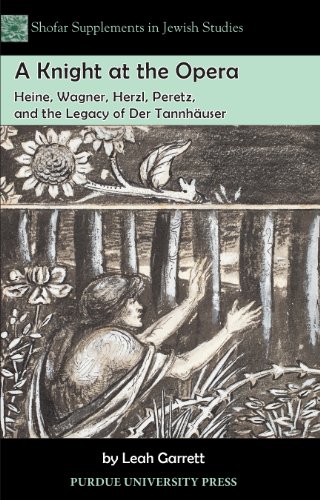 A Knight at the Opera: Heine, Wagner, Herzl, Peretz, and the Legacy of Der Tannhäuser (Shofar Supplements in Jewish Studies)ASIN: B005PQUYWI / 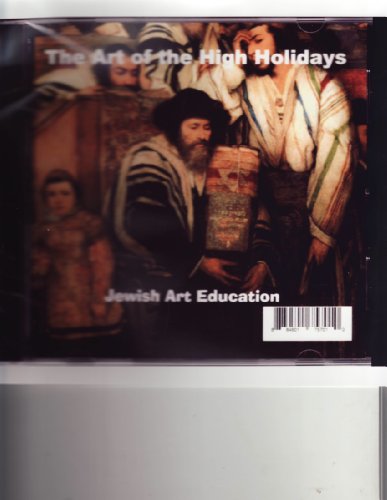 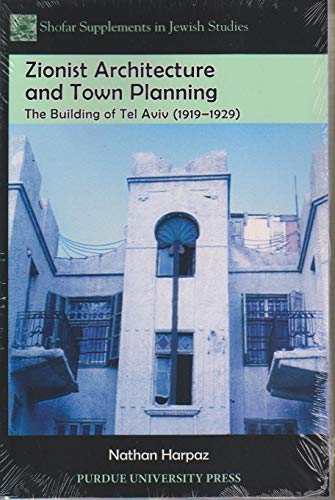 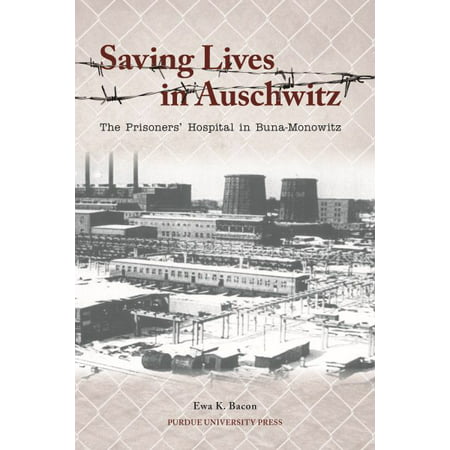 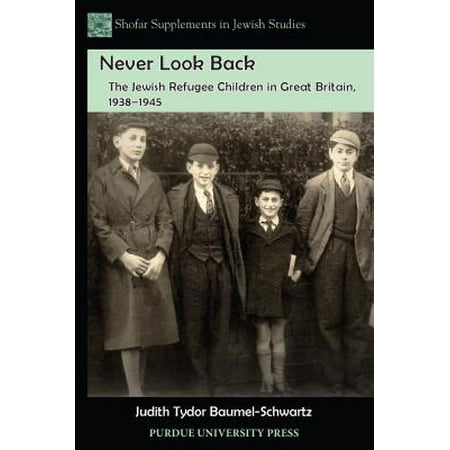 Never Look Back - eBookCategory: Shofar SupplementsBetween December 1938 and September 1939, nearly ten thousand refugee children from Central Europe, mostly Jewish, found refuge from Nazism in Great Britain. This was known as the Kindertransport movement, in which the children entered as "transmigrants," planning to return to Europe once the Nazis lost power. In practice, most of the kinder, as they called themselves, remained in Britain, eventually becoming citizens. This book charts the history of the Kindertransport movement, focusing on the dynamics that developed between the British government, the child refugee organizations, the Jewish community in Great Britain, the general British population, and the refugee children. After an analysis of the decision to allow the children entry and the machinery of rescue established to facilitate its implementation, the book follows the young refugees from their European homes to their resettlement in Britain either with foster families or in refugee hostels. Evacuated from the cities with hundreds of thousands of British children, they soon found themselves in the countryside with new foster families, who often had no idea how to deal with refugee children barely able to understand English. Members of particular refugee children's groups receive special attention: participants in the Youth Aliyah movement, who immigrated to the United States during the war to reunite with their families; those designated as "Friendly Enemy Aliens" at the war's outbreak, who were later deported to Australia and Canada; and Orthodox refugee children, who faced unique challenges attempting to maintain religious observance when placed with Gentile foster families who at times even attempted to convert them. Based on archival sources and follow-up interviews with refugee children both forty and seventy years after their flight to Britain, this book gives a unique perspective into the political, bureaucratic, and human aspects of the Kindertransport scheme prior to and during World War II. 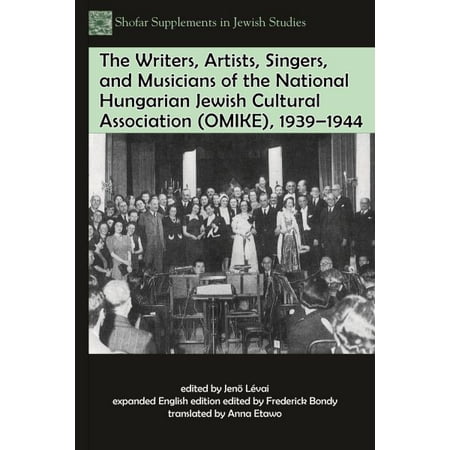 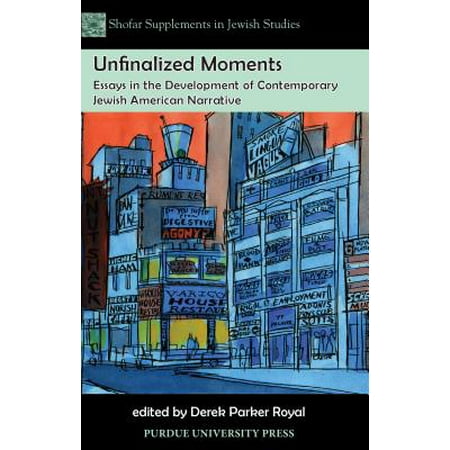 Unfinalized Moments - eBookCategory: Shofar SupplementsFocusing on a diversely rich selection of writers, the pieces featured in Unfinalized Moments: Essays in the Development of Contemporary Jewish American Narrative explore the community of Jewish American writers who published their first book after the mid-1980s. It is the first book-length collection of essays on this subject matter with contributions from the leading scholars in the field. The manuscript does not attempt to foreground any one critical agenda, such as Holocaust writing, engagements with Zionism, feminist studies, postmodern influences, or multiculturalism. Instead, it celebrates the presence of a newly robust, diverse, and ever-evolving body of Jewish American fiction. This literature has taken a variety of forms with its negotiations of orthodoxy, its representations of a post-Holocaust world, its reassertion of folkloric tradition, its engagements with postmodernity, its reevaluations of Jewishness, and its alternative delineations of ethnic identity. Discussing the work of authors such as Allegra Goodman, Michael Chabon, Tova Mirvis, Rebecca Goldstein, Pearl Abraham, Jonathan Rosen, Nathan Englander, Melvin Jules Bukiet, Tova Reich, Sarah Schulman, Ruth Knafo Setton, Ben Katchor, and Jonathan Safran Foer, the fifteen contributors in this collection assert the ongoing vitality and ever-growing relevancy of Jewish American fiction. 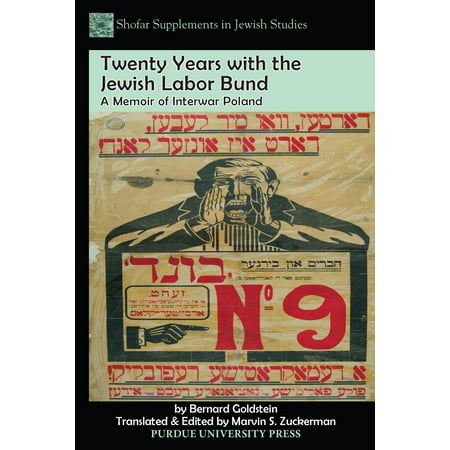 Twenty Years with the Jewish Labor Bund - eBookCategory: Shofar SupplementsBernard Goldstein’s memoir describes a hard world of taverns, toughs, thieves, and prostitutes; of slaughterhouse workers, handcart porters, and wagon drivers; and of fist-and gunfights with everyone from anti-Semites and Communists to hostile police, which is to say that it depicts a totally different view of life in prewar Poland than the one usually portrayed. As such, the book offers a corrective view in the form of social history, one that commands attention and demands respect for the vitality and activism of the generation of Polish Jews so brutally annihilated by the barbarism of the Nazis.In Warsaw, a city with over 300,000 Jews (one third of the population), Bernstein was the Jewish Labor Bund’s “enforcer,” organizer, and head of their militia—the one who carried out daily, on-the-street organization of unions; the fighting off of Communists, Polish anti-Semitic hooligans, and antagonistic police; marshaling and protecting demonstrations; and even settling family disputes, some of them arising from the new secular, socialist culture being fostered by the Bund.Goldstein’s is a portrait of tough Jews willing to do battle—worldly, modern individuals dedicated to their folk culture and the survival of their people. It delivers an unparalleled street-level view of vibrant Jewish life in Poland between the wars: of Jewish masses entering modern life, of Jewish workers fighting for their rights, of optimism, of greater assertiveness and self-confidence, of armed combat, and even of scenes depicting the seamy, semi-criminal elements. It provides a representation of life in Poland before the great catastrophe of World War II, a life of flowering literary activity, secular political journalism, successful political struggle, immersion in modern politics, fights for worker rights and benefits, a strong social-democratic labor movement, creation of a secular school system in Yiddish, and a youth movement that later provided the heroic fighters for the courageous Warsaw Ghetto Uprising. 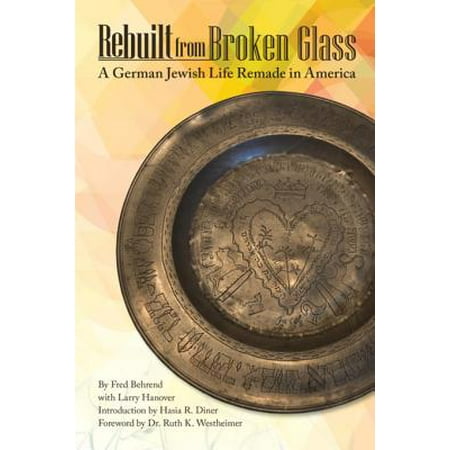 Rebuilt from Broken Glass - eBookCategory: Shofar SupplementsSymbolized by a three-hundred-year-old Seder plate, the religious life of Fred Behrend's family had centered largely around Passover and the tale of the Jewish people's exodus from tyranny. When the Nazis came to power, the wide-eyed boy and his family found themselves living a twentieth-century version of that exodus, escaping oppression and persecution in Germany for Cuba and ultimately a life of freedom and happiness in the United States. Behrend's childhood came to a crashing end with Kristallnacht (the Night of Broken Glass) and his father's harrowing internment at the Sachsenhausen concentration camp. But he would not be defined by these harrowing circumstances. Behrend would go on to experience brushes with history involving the defeated Germans. By the age of twenty, he had run a POW camp full of Nazis, been an instructor in a program aimed at denazifying specially selected prisoners, and been assigned by the U.S. Army to watch over Wernher von Braun, the designer of the V-2 rocket that terrorized Europe and later chief architect of the Saturn V rocket that sent Americans to the moon. Behrend went from a sheltered life of wealth in a long-gone, old-world Germany, dwelling in the gilded compound once belonging to the manufacturer of the zeppelin airships, to a poor Jewish immigrant in New York City learning English from Humphrey Bogart films. Upon returning from service in the U.S. Army, he rose out of poverty, built a successful business in Manhattan, and returned to visit Germany a dozen times, giving him unique perspective into Germany's attempts to surmount its Nazi past. 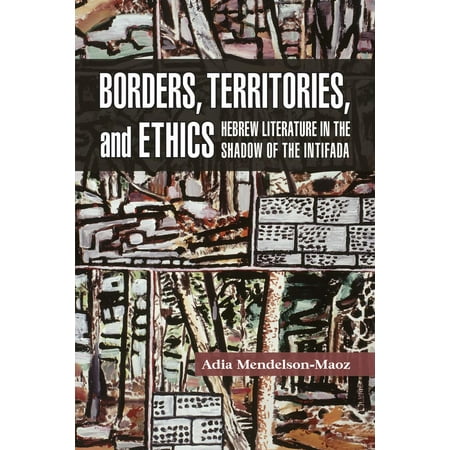 Borders, Territories, and Ethics - eBookCategory: Shofar SupplementsBorders, Territories, and Ethics: Hebrew Literature in the Shadow of the Intifada by Adia Mendelson-Maoz presents a new perspective on the multifaceted relations between ideologies, space, and ethics manifested in contemporary Hebrew literature dealing with the Israeli-Palestinian conflict and the occupation. In this volume, Mendelson-Maoz analyzes Israeli prose written between 1987 and 2007, relating mainly to the first and second intifadas, written by well-known authors such as Yehoshua, Grossman, Matalon, Castel-Bloom, Govrin, Kravitz, and Levy. Mendelson-Maoz raises critical questions regarding militarism, humanism, the nature of the State of Israel as a democracy, national identity and its borders, soldiers as moral individuals, the nature of Zionist education, the acknowledgment of the Other, and the sovereignty of the subject. She discusses these issues within two frameworks. The first draws on theories of ethics in the humanist tradition and its critical extensions, especially by Levinas. The second applies theories of space, and in particular deterritorialization as put forward by Deleuze and Guattari and their successors. Overall this volume provides an innovative theoretical analysis of the collage of voices and artistic directions in contemporary Israeli prose written in times of political and cultural debate on the occupation and its intifadas. 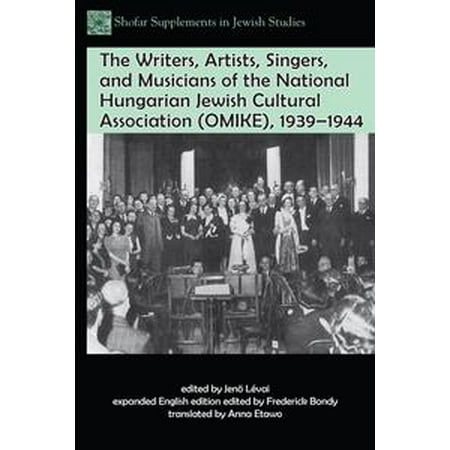 The Writers, Artists, Singers, and Musicians of the National Hungarian Jewish Cultural Association (OMIKE), 1939-1944 - eBookCategory: Shofar SupplementsIn May 1938, Hungary passed anti-Semitic laws causing hundreds of Jewish artists to lose their jobs. In response, Budapest's Jewish community leaders organized an Artistic Enterprise under the aegis of OMIKE Országos Magyar Izraelita Közművelődési Egyesület (Hungarian Jewish Education Association) to provide employment and livelihood for actors, singers, musicians, conductors, composers, writers, playwrights, painters, graphic artists, and sculptors. Between 1939 and 1944, activities were centered in Goldmark Hall beside the Dohány Street Synagogue in Budapest. Hundreds of artists from all over Hungary took part in about one thousand performances, including plays, concerts, cabaret, ballet, operas, and operettas. These performances appealed to the highly cultured Budapest Jewish community, ever desirous of high-caliber events, particularly under oppressive conditions of the time. Art exhibitions also were held for painters, graphic artists, and sculptors to sell their creations. Lévai's 1943 book (with new, additional chapters by noted historians and musicians) is the core of this expanded edition and provides interviews with individual artists who recall their early lives and circumstances that led them to join the Artistic Enterprise. The book records the technical functioning, structure, and operation of this remarkable theater and concert venue. It provides fascinating details about those who worked behind the scenes: répétiteurs, hair stylists, and personnel involved with costumes, lighting, and scenery. Because the stage was small, clever choreographic and scenery improvisation had to be made, and the stagehands were clearly up to the task. Since these artists were not allowed to perform before the general public or advertise with posters on the streets, the book describes special means devised to overcome these difficulties and bring Jewish audiences into the theater in large numbers. Lastly, the book carries the theater's story up to Sunday morning, March 19, 1944, a day of infamy, when the German army marched into Hungary. 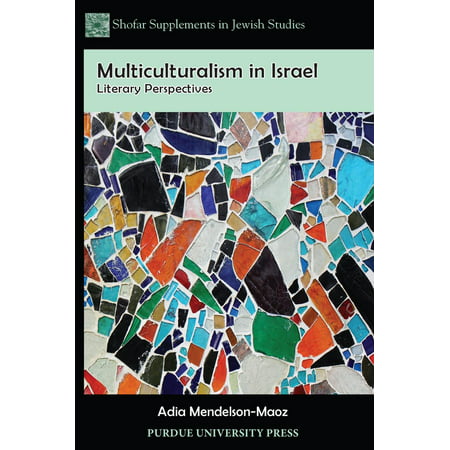 Multiculturalism in Israel - eBookCategory: Shofar SupplementsBy analyzing its position within the struggles for recognition and reception of different national and ethnic cultural groups, this book offers a bold new picture of Israeli literature. Through comparative discussion of the literatures of Palestinian citizens of Israel, of Mizrahim, of migrants from the former Soviet Union, and of Ethiopian-Israelis, the author demonstrates an unexpected richness and diversity in the Israeli literary scene, a reality very different from the monocultural image that Zionism aspired to create.Drawing on a wide body of social and literary theory, Mendelson-Maoz compares and contrasts the literatures of the four communities she profiles. In her discussion of the literature of the Palestinian citizens of Israel, she presents the question of language and translation, and she provides three case studies of particular authors and their reception. Her study of Mizrahi literature adopts a chronological approach, starting in the 1950s and proceeding toward contemporary Mizrahi writing, while discussing questions of authenticity and self-determination. The discussion of Israeli literature written by immigrants from the former Soviet Union focuses both on authors who write Israeli literature in Russian and of Russian immigrants writing in Hebrew. The final section of the book provides a valuable new discussion of the work of Ethiopian-Israeli writers, a group whose contributions have seldom been previously acknowledged.The picture that emerges from this groundbreaking book replaces the traditional, homogeneous historical narrative of Israeli literature with a diversity of voices, a multiplicity of origins, and a wide range of different perspectives. In doing so, it will provoke researchers in a wide range of cultural fields to look at the rich traditions that underlie it in new and fresh ways. 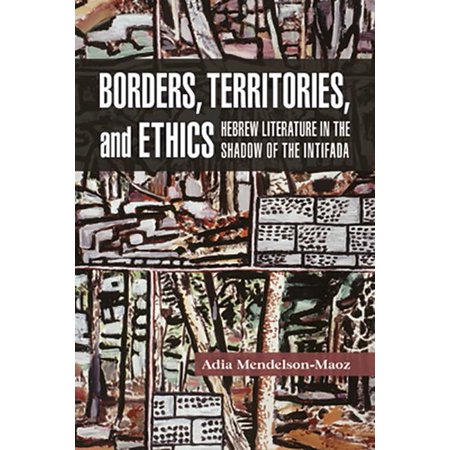 Borders, Territories, and Ethics : Hebrew Literature in the Shadow of the IntifadaCategory: Shofar Supplements9781557538208 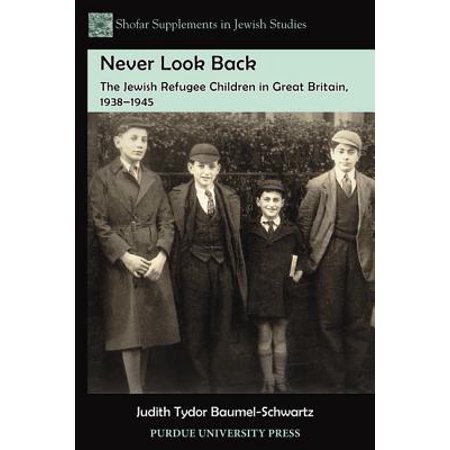 kinda funny....riding in the car blowing the shofar, not long after I got one from my lovely wife through the will of my Father YAH Make sure to get all your bodybuilding/power lifting supplements right here. High quality and vegan https://healthforce.com/index.php?aff_id=2114