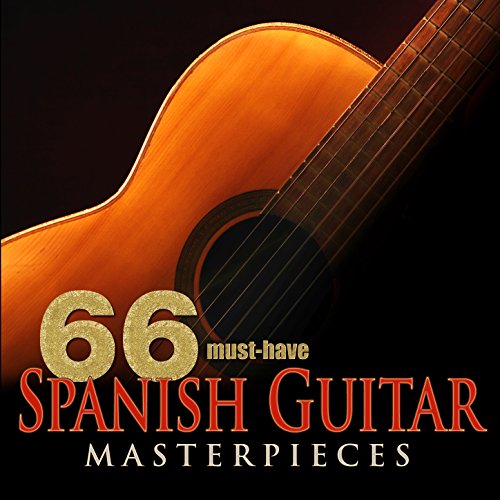 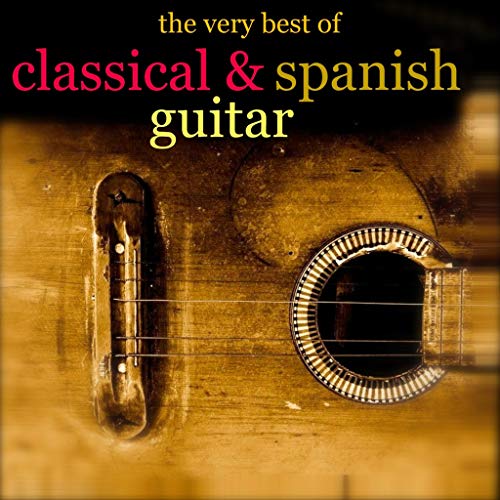 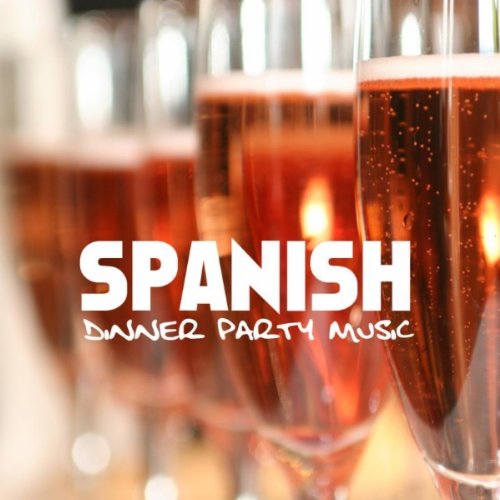 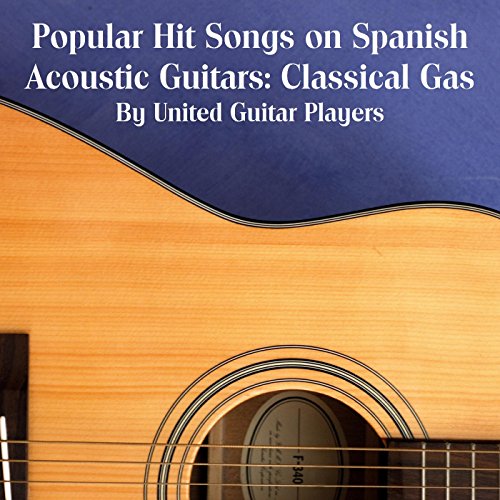 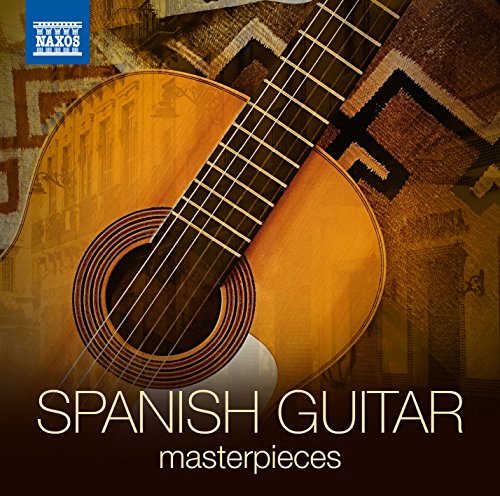 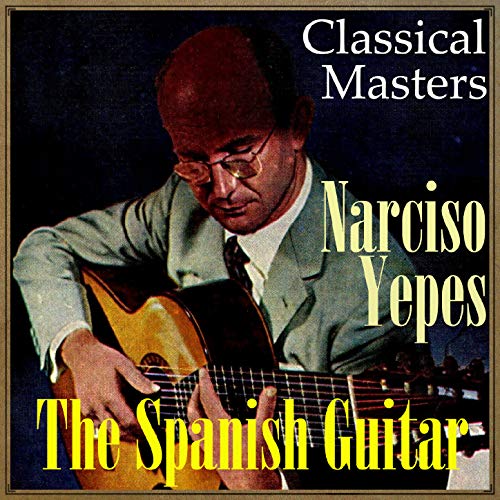 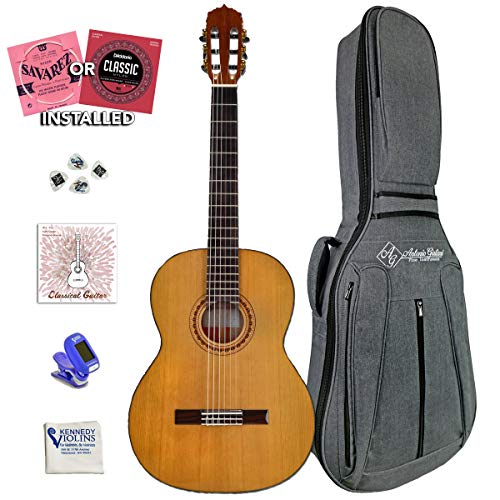 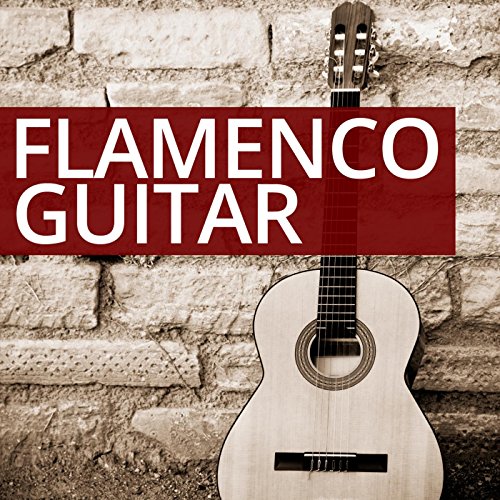 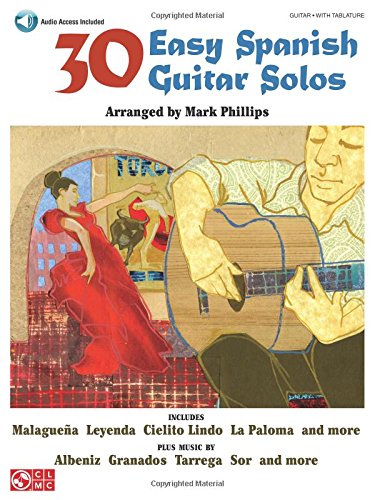 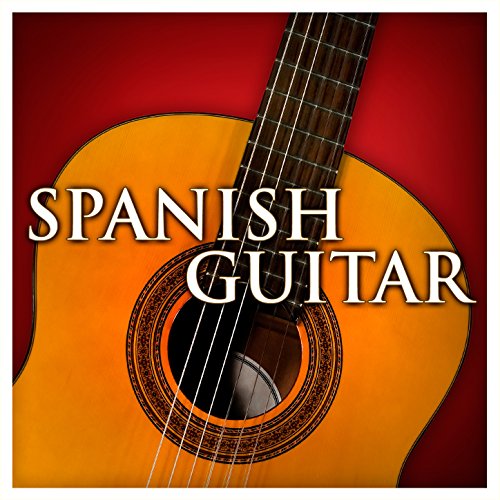 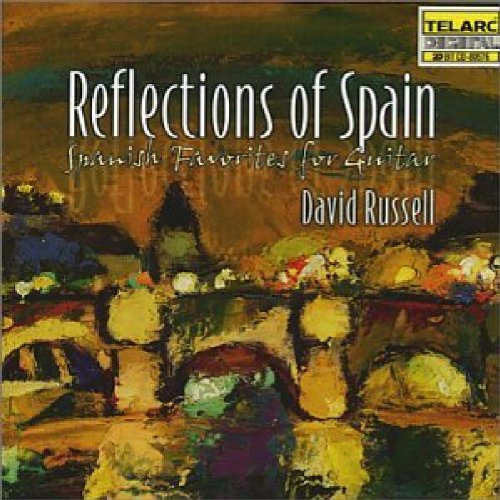 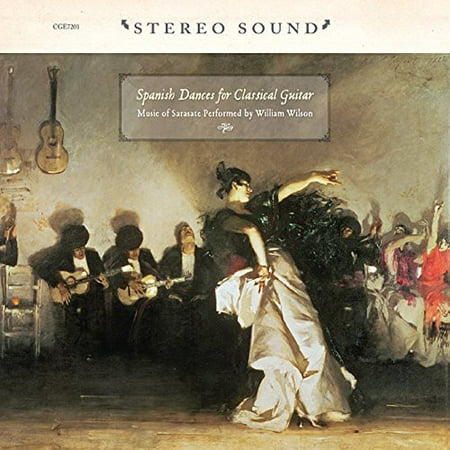 Spanish Dances for Classical Guitar: Music of SaraCategory: Spanish Classical GuitarPablo de Sarasates Spanish Dances, originally written for violin and piano, exemplify both the virtuosic and lyrical qualities of 19th-century Romantic music. They range from the lively Jota, filled with rapid arpeggios in the happy key of D-Major, to the melancholy Playera with its Flamenco-inspired harmonies in A-Phrygian. The opening dance, Malagueña, establishes the romantic tone of the work within the first two chords. It starts on a D-major chord but immediately moves to a G-minor chord borrowed from the relative minor. Romanza Andaluza begins in the pleasant key of C-major, but takes a sudden dramatic turn to C-minor after a set of extended trills. The Zapateado, best known of the dances, is a show piece in a lively 6/8 with scales covering the full range of the instrument. The dances include two Habaneras (Dance Nos. 2 and 8). Made famous by Bizets Carmen, the Habanera is a precursor of the Argentine Tango. Also noteworthy, Sarasate quotes one of Spains most beloved melodies, the quot;El Vitoquot; theme, midway through his Vito. The guitar adds a variety of traditional Spanish and Flamenco techniques not found in the original violin and piano score: strummed rasgueados take the place of blocked chords; scale runs are played with powerful apoyandos (rest-strokes) with fingers or thumb; and ligados punctuate what were bowed passages. Also included on this recording is Sarasates Balada, Op. 31. The slow, rolled, minor chords and fast ligados of its opening will remind the listener of Rodrigos Concierto de Aranjuez. The subsequent pastoral section moves to the relative major of E, followed by a modulation to the chromatic mediant of C and a section of parallel thirds-a hallmark of Sarasates violin writing. The piece concludes with a return to the opening material, and ends-like Rodrigos Aranjuez-with one of the highest harmonics playable on the guitar. About the composer: Pablo de Sarasate (1844-1908) was the Paganini of Spain. He composed and performed virtuoso works for violin and concertized throughout Europe. Best known for his variations on opera themes -such as his Carmen Fantasy based on themes of George Bizets Carmen-Sarasate composed some 54 works for violin and piano or orchestra. About the performer: William Wilson performs and teaches Spanish and Classical guitar in San Diego, California. He has released numerous solo recordings including, La Catedral, a collection of classical guitar works by Spanish and Latin American composers; and Tango for One, which explores the music of Piazolla and Ginastera. His book, Guitar Games: Learn Guitar. Read Music. Fight Space Monsters, is available from publisher Hal Leonard. 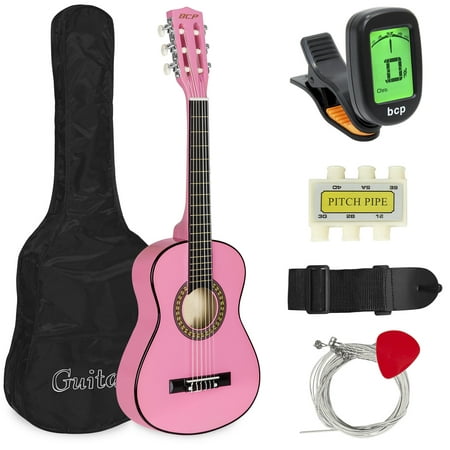 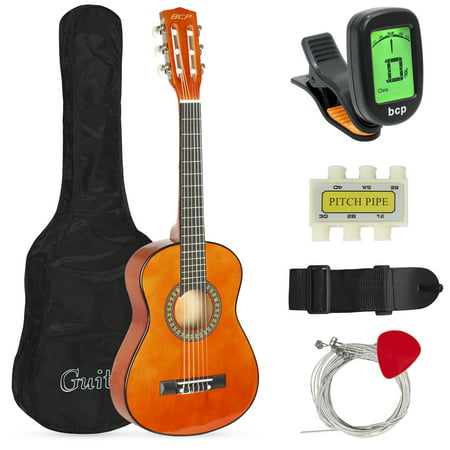 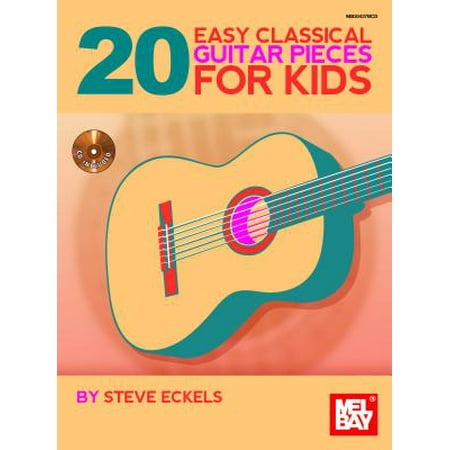 20 Easy Classical Guitar Pieces for KidsCategory: Spanish Classical GuitarThis book and accompanying audio present the most popular themes from the classical orchestral repertoire adapted for guitar. Historical background is provided for each piece, as well as warm-ups for both hands. The selectionsinclude works by Vivaldi, Handel, Haydn, Mozart, Beethoven, Rossini, Bizet, Tchaikovsky, Grieg, Rimsky-Korsakov, Grieg and others. The material is written in tablature and standard notation. 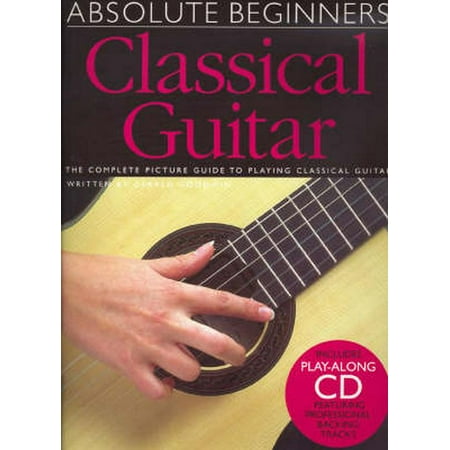 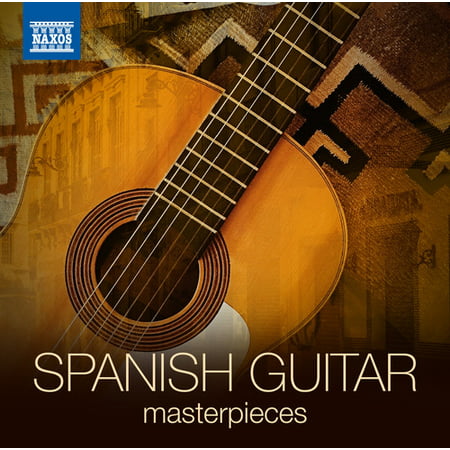 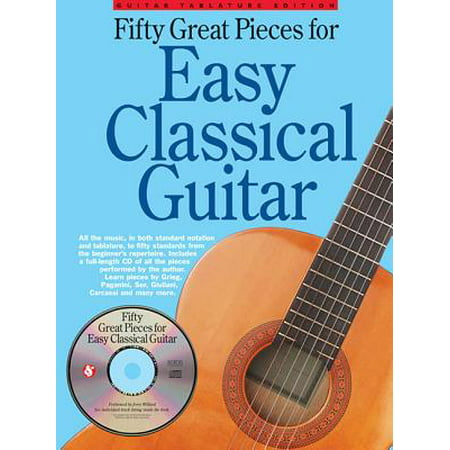 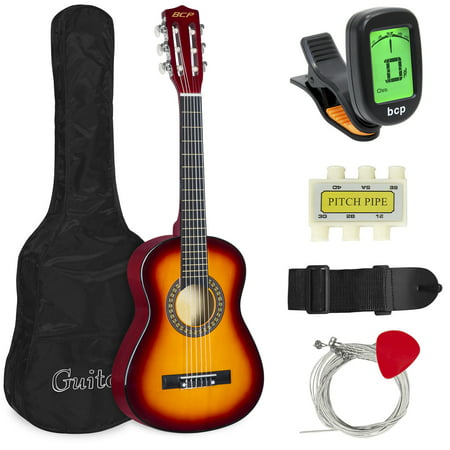 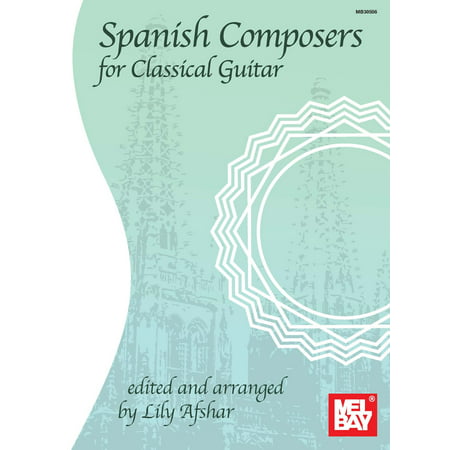 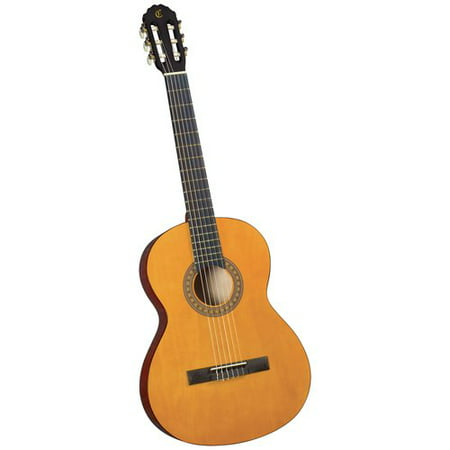 Catala CC-2 Student Classical GuitarCategory: Spanish Classical GuitarHere's the perfect guitar for the classical guitar student on a budget! At a real entry-level price, you'll find many pro features in this superb Catala guitar that competing brands don't offer at two or three times the price! The body is of thin, resonant birch, and the neck is mahogany with a rosewood fingerboard. The neck is proportioned just right for ease of playing to encourage the beginning guitarist. Likewise, the quality tuning machines hold the strings securely and tune easily-which will please both student and teacher. The secret of the full, rich tone lies in the genuine Spanish fan-bracing of the top-just like in the most expensive master instruments! A clear, natural high-gloss finish adds to the visual appeal of this wonderful student guitar. This Catala CC-2 student classical guitar is a winner all the way! 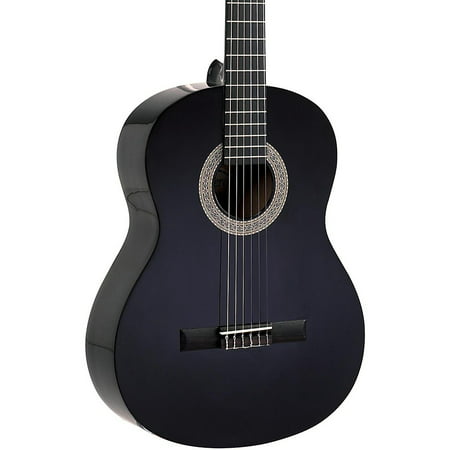