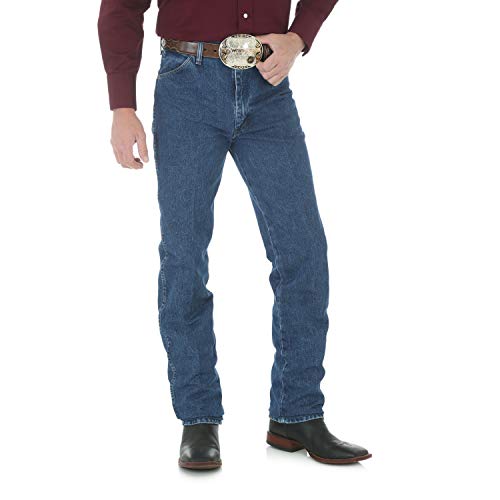 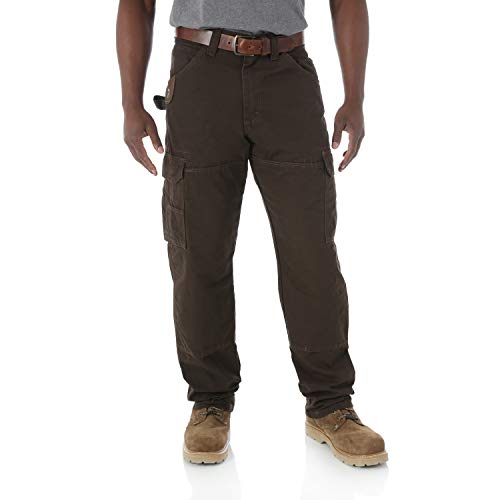 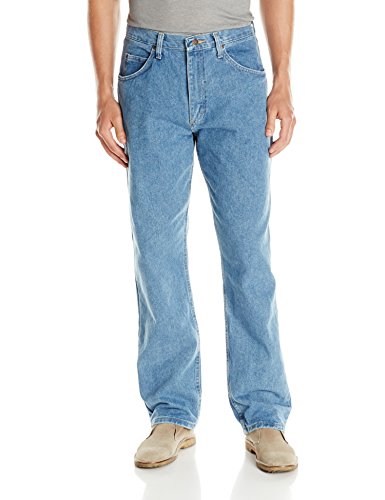 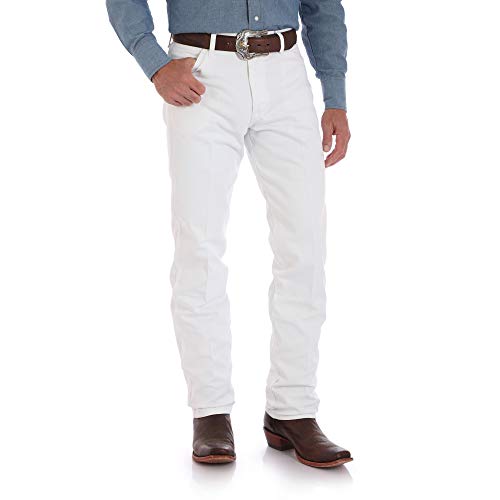 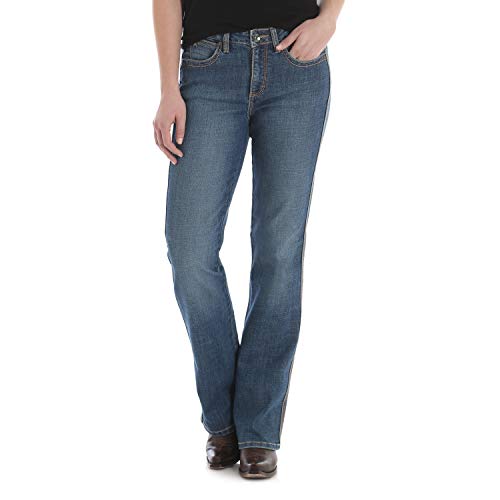 Wrangler Men's Regular Fit JeansCategory: Wrangler Long JeansMeet your new favorite jeans. The regular fit through the seat and thigh is modern and hip, but these jeans are all Wrangler. That means outstanding comfort and durability so renowned they come with a 1-year guarantee.

Wrangler Men's 5 Star Relaxed Fit Jean with FlexCategory: Wrangler Long JeansAdd a stylish piece to your wardrobe with these Men's 5 Star Relaxed Fit Jeans (with Flex). They're made of an updated denim fabric that has been given just a hint of added stretch, allowing for a more relaxed fit. The pants also come in a straight leg style. They sit at the waist, so they feel just right for long periods. The men's relaxed fit jeans are ideal for casual, everyday wear, whether you're going out to run errands or staying at home to relax. These men's straight leg jeans have a button and zipper closure to keep them on securely. They feature two front scoop pockets, a watch pocket and a pair of back pockets for easy carrying of small belongings. Available in a range of sizes, these Men's 5 Star jeans also come in assorted colors. Wrangler Men's 5 Star Relaxed Fit Jean with Flex: 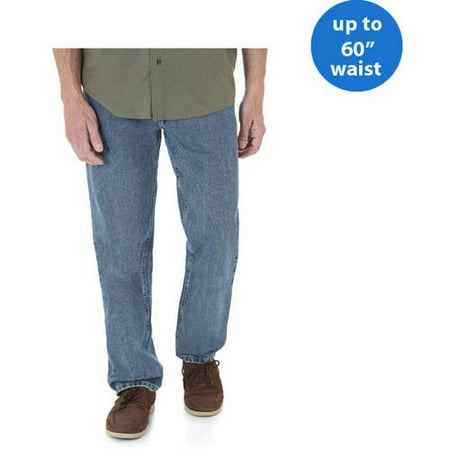 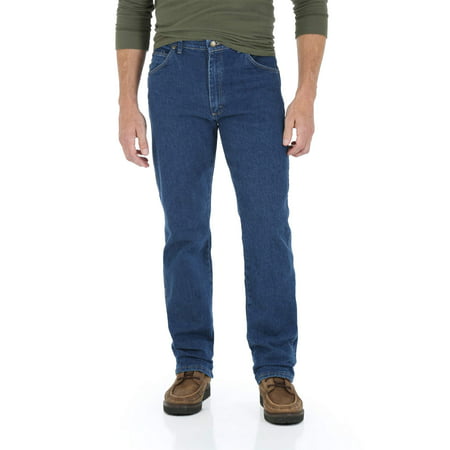 Wrangler Men's Straight Leg Carpenter JeanCategory: Wrangler Long JeansLook good and feel good on the job site wearing the Wrangler Men's Carpenter Jeans. They are made of a soft, absorbent and durable cotton and polyester blend. They are made with machine washable easy care fabric. The loose seat and thighs with a rise at the natural waist offers lasting comfort throughout the day. These men's jeans, designed for work, feature a hammer loop, two roomy pockets in the front and two pockets in the back. They provide you with a place for your personal belongings and your tools. The Wrangler Men's Carpenter Jeans come in a wide range of sizes and multiple colors to suit your fit and style.

Wrangler Men's Midweight Stretch JeanCategory: Wrangler Long JeansGet classic denim style and comfortable stretch with Wrangler Men's Stretch Jeans. Made with heavyweight stretch cotton denim, these durable jeans are designed for all-day versatility. With no visible elastic, these jeans offer you a subtle stretch for all-day comfort. Wear them on job sites, outdoor excursions or working around the house. The traditional 4-pocket design gives you plenty of places to store your wallet, keys and other small items. The regular fit sits at your natural waist for comfortable all-around movement. Styled as work pants, the jeans have a straight fit through the seat and legs. Appropriate for every season, these Wranglers offer many style options. 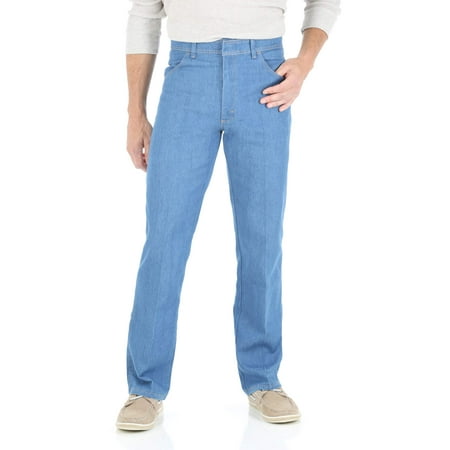 Wrangler Men's Stretch JeanCategory: Wrangler Long JeansThese Wrangler Hero Men's Stretch Jeans with Flex-Fit Waist make a solid addition to any man's collection of basic apparel. This garment combines casual comfort with work wear durability. They offer the classic look of jeans paired with a unique flex-fit stretch waist, which make them more comfortable to wear. Made from a blend of cotton and polyester, these Wrangler Flex-Fit Stretch Jeans deliver the quality you expect in denim without restricting your range of movement. They feature four pockets, giving you plenty of room to store your phone, keys and other small valuables. These men's stretch denim jeans come with a hook-and-bar closure with zipper fly making them easy to put on and take off. Conveniently, they can be easily machine washed and tumble dried. 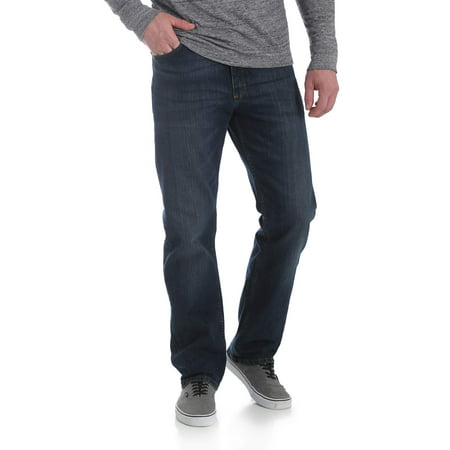 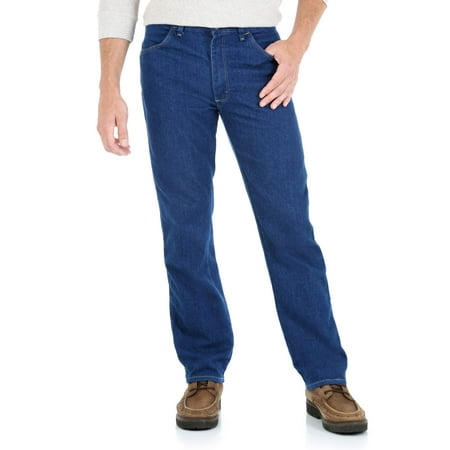 Wrangler Big Men's Stretch JeansCategory: Wrangler Long JeansThe Wrangler Men's Stretch Jeans are ideal for everyday occasions. Made out of a cotton/denim blend, they provide a comfortable fit and a stylish look. They feature four pockets and a button closure with a zipper fly. These big men's jeans comes in various colors and sizes. <br> 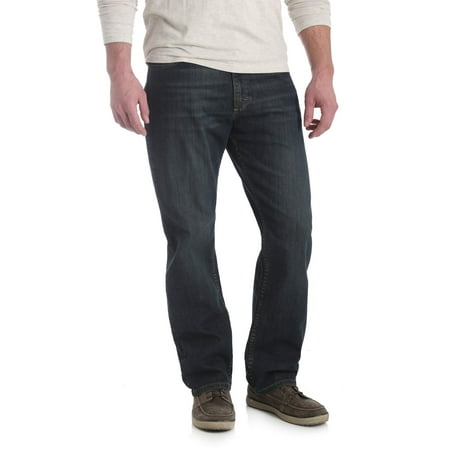 The Federation of Black Cowboys (FBC) might be one of New York City’s best kept secrets. The organization, officially formed in the early-90’s, is committed to preserving the western way of life, even in the juxtaposition of a fast-paced, big city.

A classic in the western world, the Wrangler Cowboy Cut Jeans have been in the saddle, putting up fence and worn to town for almost as long as there have been cowboys! We'll give you a peek at their history so that you'll see what has made these jeans a staple for cowboys everywhere! Get these classic jeans and other Wrangler styles at http://www.pfiwestern.com/mens/mens-western-clothing/mens-jeans.html?manufacturers=72 !